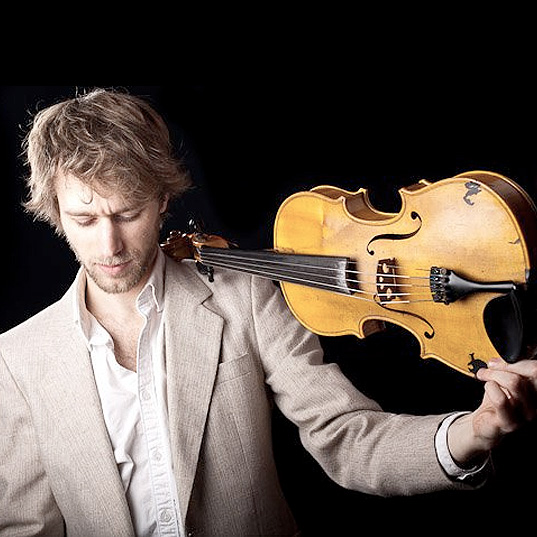 Described as “Tom Waits playing the fiddle, backed up by the Mahavishnu Orchestra", Jaron Feeman-Fox and his band “Opposite of Everything" transform Freeman-Fox’s intricate compositions into an infectious party! The line-up consists of New Orleans-style clarinetist John Williams, electro-pop klezmer accordionist Robbie Grunwald, jazz bassist Charles James, and drummer Dan Stadnicki. Jaron Freeman-Fox has performed for 100,000 people and the young royal couple on Parlimant hill, and he’s collaborated with a troupe of nomadic Rajasthani gypsies at the Delhi International Arts Festival. He’s shared the stage with Delhi2Dublin, Tanya Tagaq, and James Kudelka. Jaron however, is most proud of the fact that he’s broken three different fiddles on stage and zero bones, had his violin stolen by monkeys in Bali and got it back without contracting rabies