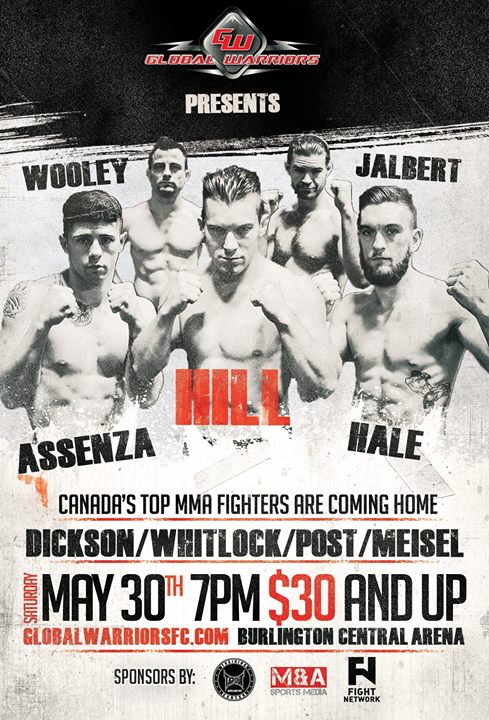 Global Warriors Returns to Burlington’s Central Arena May 30th Burlington, Ontario – Global Warriors Fighting Championships has made official the promotion’s return to the Ontario MMA scene announcing a May 30th, 2015 date in Burlington, Ontario at the Central Arena. Much as Global Warriors’ original offering was packed with star power, May 30th at Central Arena will see many of Ontario’s best young fighters return home for the first time in nearly three years. Main Eventing the May 30th show will be Hamilton’s “Gentleman" Josh Hill (10-1). Coming off of an incredible effort to attempt to take the WSOF Bantamweight Title from world top 10 Marlon Moraes, Hill will look to bounce back from his only career loss. With career victories over the likes of Randy Turner, Kiko Lopez, Eric Wilson, John Fraser & a show stopping KO of Mike Adams, Josh has proven time & again that he belongs amongst the best Bantamweights in the world. Josh will bring a strong fanbase and the motivation to score his 11th career victory and launch himself back towards a Championship fight. Also featured on the card will be a local favorite who is nearing the UFC with every fight. Fighting out of Burlington, Ryan Dickson (10-3) has long been looked at as one of the sport’s top prospects. Beginning his professional career at Global Warriors’ first show in August 2011, Ryan holds all 10 of his career wins by way of finish, eight submissions to go with a pair of knockouts. The Brazilian Jiu-Jitsu wizard has exponentially grown his striking game and will be more then a handful for whoever he steps into the cage with on May 30th. Rounding out the Triple Feature for May 30th will be Hamilton’s Lyndon Whitlock (9-4). Coming off back-to-back wins over highly touted prospects Ryan Connor & Michael Spoenlein, Whitlock has shown an increased ferocity since dropping to Bantamweight. A tough as nails fighter, Lyndon has never backed away from a challenge and possess fight-ending power in both hands & legs. Another crowd favourite, Whitlock is certain to have the crowd at Central Arena on their feet during his battle. Also expected to appear on the card are knockout artists, Caledonia’s, Jason Meisel (5-3) & Burlington’s, Adam “Maverick" Assenza (4-3) as well as a pair of Burlington’s own top prospects in former multi-time Muay Thai Champion Dave Hale (1-2) & fast rising star Paul Jalbert (2-1). 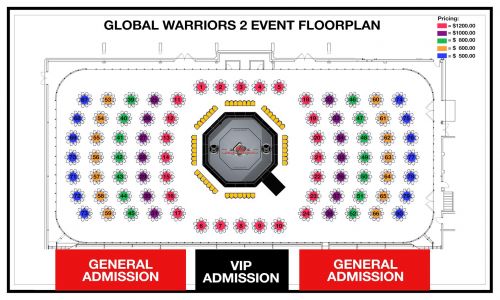