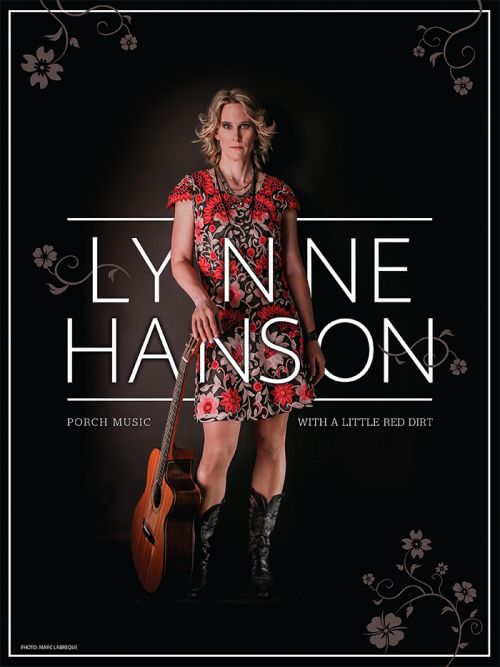 Ottawa-based singer-songwriter Lynne Hanson comes to Silence in Guelph on November 20 with support from the Lifers. Lynne Hanson Some have referred to her music as Americana, roots, and rough-around-the-edges folk, but Canadian songwriter Lynne Hanson prefers “porch music with a little red dirt." Hanson songs are like a favourite pair of jeans. They're rough around the edges, faded and worn through in spots, with a bit of honestly-acquired dirt ground into the seams. Hanson grew up in Ottawa Canada, and starting playing guitar when she was 14, learning on a hand-me-down from her older brother. She released her award-winning debut album Things I Miss in 2006, and with many tales to tell, two more albums quickly followed: Eleven Months (2008) and Once the Sun Goes Down (2010). Each new release garnered critical praise, earning Hanson a Canadian Folk Music Award nomination in 2009, an invitation to the Kerrville Folk Festival as a New Folk Finalist, and a year later the prestigious Colleen Peterson Songwriting Award handed out annually by the Ontario Arts Council. Then … silence. A four-year hiatus from recording. Lynne took some time to take control of her personal life which also marked the beginning of a new approach to songwriting before releasing her fourth album “River of Sand" - the creative output of a very personal journey. The songs on River of Sand contain a little more dirt and the dirt is just a little bit darker. No topic is off limits, and the 11 songs run the gamut, painting a candid canvas of whiskey-soaked heartbreak and personal struggle, all contrasted against hope that better times are coming. Lynne’s latest release, 7 Deadly Spins - an album of murder ballads and songs of reckoning drops this Halloween. The album recorded in Ottawa with her band The Good Intentions and produced by Lynn Miles features seven original songs with murder and its impact as the central theme. Lynne Hanson's songs may be full of grit, but her live performances are polished, whether she’s playing solo or with her band The Good Intentions. And she’s managed to get around, having toured Canada, the US, Europe and the UK. She’s played showcase gigs in Austin, Phoenix and Memphis (Folk Alliance), toured in support of Grammy nominated songwriters (Gretchen Peters, Steve Forbert), and performed at several historic music venues, including the legendary 100 Club in London England and the Bluebird Cafe in Nashville. For more information, visit http://lynnehanson.com. The Lifers The Lifers' harmony draws a uniqueness that can only be heard when two sisters sing together. Both on and off stage, Liv and Anita Cazzola captivate fans with the complexity of their quirky and vehement, musical and emotional chemistry. These sisters are bandmates, best friends, roommates, mothers, daughters, therapists, and much more for each other. Together, The Lifers' beautifully articulated, honest and compelling lyrics are sung and nested in acoustic guitar, ukulele, accordion, glockenspiel and other instrument-friends. In the years preceding the birth of The Lifers, the sisters formed, wrote for, performed and recorded with groups The Secret Chords, a folky vocal quartet, and DETOUR, a pop band. They decided to get back to basics and develop this folk/singer-songwriter duo, as their musical style has evolved - in part due to influences such as Dan Mangan, Ingrid Michaelson and The Staves. The Lifers is their new folk act they began developing in February of 2014. They have recently been expanding to perform in areas outside of their hometown of Guelph, Ontario, and are eager to share their music with an even wider audience. Recently, The Lifers have performed at a myriad of festivals, venues, and parks in Southern Ontario. Their debut EP, Set the Sails, was recorded and released in the summer of 2014. With Toronto as their new incubator, The Lifers continue to warm the hearts and tickle the ears of audiences, harmonizing with the sirens and subways they are surrounded by. For more information, visit http://www.thelifersmusic.com.