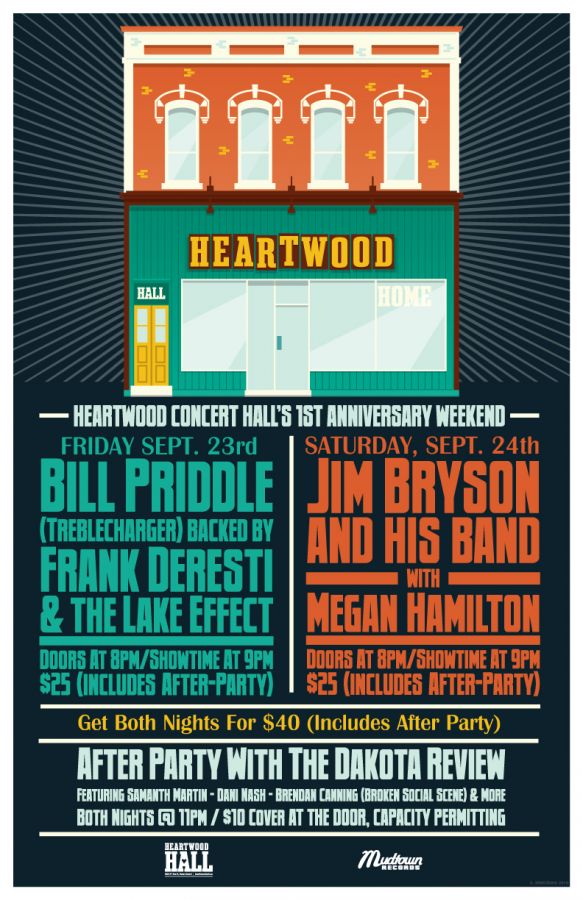 Ticket includes admission to Jim Bryson and his band with opener Megan Hamilton, plus after-party starting at 11pm featuring the Heartwood Revue Band with Samantha Martin, Dani Nash, Brendan Canning (Broken Social Scene), & more. Jim Bryson is a Canadian singer-songwriter / producer / music maker from the Ottawa area. He has been making music and recordings since long before the internet became popular. Somewhere We Will Find Our Place, released in early 2016, is Jim’s fifth studio album and the first since 2010’s The Falcon Lake Incident with The Weakerthans. This new record finds Jim jumping into new puddles and into new sounds, thanks in generous part to the production of Charles Spearin (Do Make Say Think, Broken Social Scene) and the creative mixing of Shawn Everett (Grammy-winning engineer for The Alabama Shakes’ Sound & Color). Sonic flourishes and texture fill this recording that has lyrically been called a “contemplation on the joys and struggles of the middle years and of life and love and family". Jim Bryson will be making countless festival and concert stops over the remainder of 2016 and into 2017 with this recording, both in Canada and overseas. When not on the road, Jim can be found spending much of his time recording and producing records in his Fixed Hinge Recording shed and hanging out with his partner and their two daughters out “just beyond the fringe".