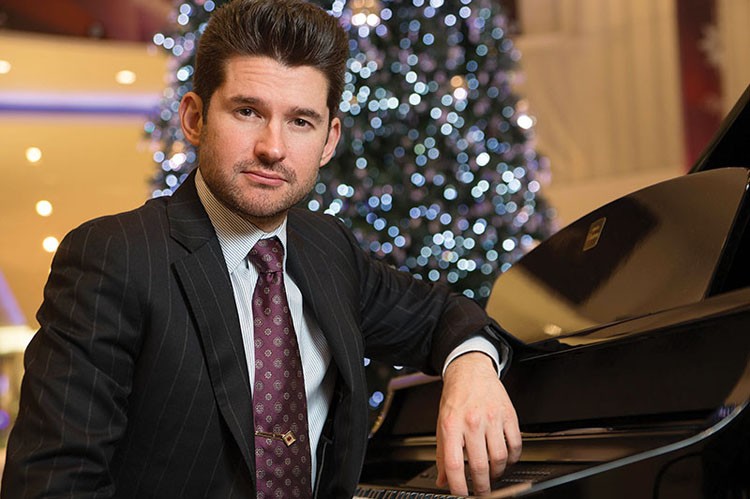 The holiday season is a time of cold weather, gifts, and candy canes; but, for the adult crowd, it’s also about cocktails, carols and crooning. And the best way of catching the spirit of the three ‘cs’ is through the popular touring show Old School Yule: A Matt Dusk Christmas, which makes its Sunfest debut this year. Dusk is one of Canada’s most beloved male vocalists, who has forged a career in music that has resulted in a string of critically-acclaimed studio albums and DVDs (attaining Gold and Platinum status), as well as TV specials and unforgettable live performances that take audiences on a journey through Sinatra-era favorites and Matt’s own sparkling repertoire of jazz, pop and, of course, Christmas songs. “Christmas songs are really the only standards we have left," says the jazz crooner. “I’m so happy to be able to take this music I grew up with and share it with everyone from lifelong fans of Christmas music to future generations just now discovering them." With its swingin’ up-tempo sound and 1960s swagger, Old School Yule is an album and supporting concert tour that Matt envisioned as a classic TV variety show made famous by the likes of Bing Crosby and Judy Garland.