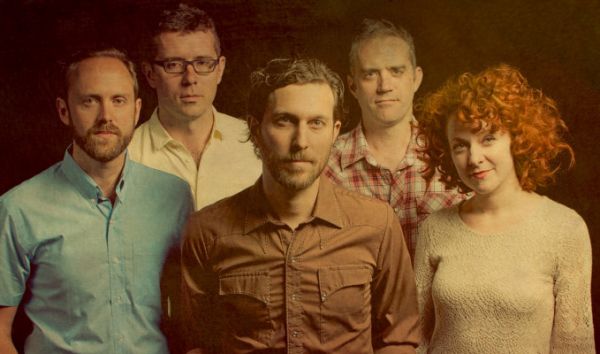 December 17 will be the day Great Swimmers return to The Sanctuary - Centre for Arts to give you the beautiful gift of their music. Doors open at 8 pm, show starts at 9 pm. Stay tuned to find out who will open for this great Canadian band. This show will be seated. Canadian indie darlings Great Lake Swimmers will release their sixth album, A Forest Of Arms, on April 21, 2015 via Nettwerk Records. With a surging rhythm section, razor sharp violin, and flourishing banjo and guitars, Tony Dekker and his band mates have created some of their most dynamic songs to date. The first single “Zero In The City" premiered on Paste yesterday. . As with past Great Lake Swimmers albums, A Forest Of Arms was recorded in several locations over the span of several months, covering extensive new territory while remaining true to the group’s refined sound. One of these unique and unusual locations was the Tyendinaga Cavern and Caves in Tyendinaga, Ontario. A number of the vocal and acoustic guitar tracks were recorded amid the haunting acoustics, stalactites, and circling bats in the caves. A Forest Of Arms was recorded and engineered by their long time live sound technician Justin Shane Nace and was mixed by the talented Howie Beck (Feist). Great Lake Swimmers consists of Dekker on lead vocals and guitar, long time guitarist and banjo player Erik Arnesen, Miranda Mulholland on violin and backing vocals, Bret Higgins on upright bass and newcomer Joshua Van Tassel on drums. There are also several special guest appearances on the album by Kevin Kane (Grapes Of Wrath). More Info http://www.greatlakeswimmers.com/ https://www.facebook.com/greatlakeswimmers