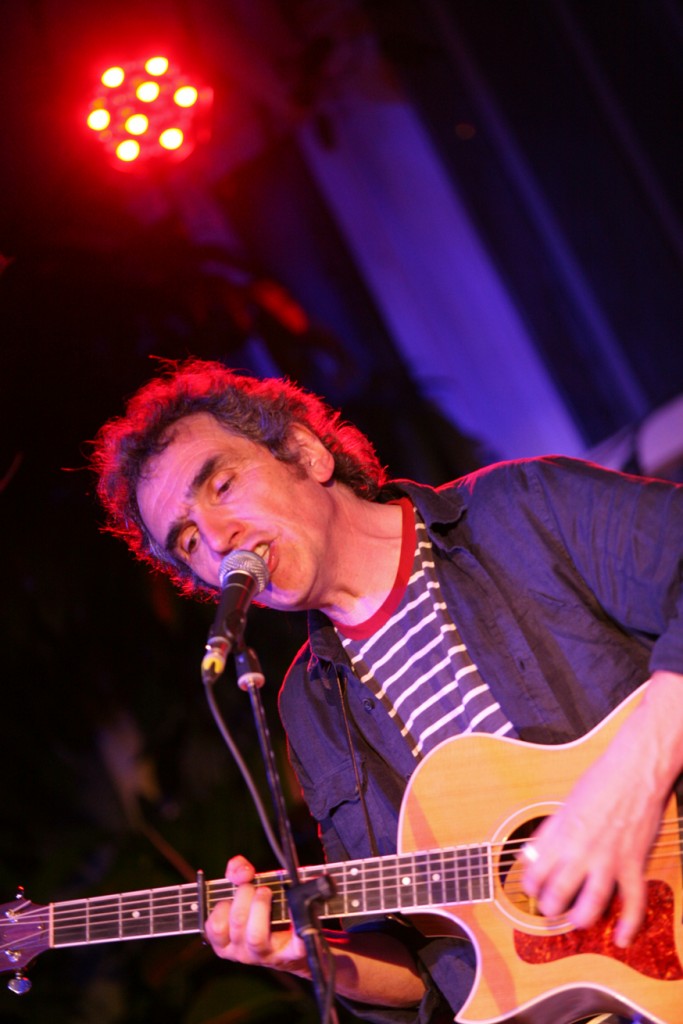 A double nomination in the 2015 BBC Folk Awards – for best singer and best new song – was a timely reminder of Jez Lowe’s standing in the UK folk and acoustic music scene. Not only he is one of the busiest live performers in the country, but his songs are among the most widely sung by other performers, whether by long-established acts like Fairport Convention, The Dubliners and Bob Fox, or by the new breed of stars like The Unthanks, The Young Uns and The Duhks. Jez’s own long-established band The Bad Pennies (featuring Kate Bramley, Andy May and David De La Haye) continue to attract a huge following, and his other collaborations with The Pitmen Poets (with Billy Mitchell, Bob Fox and Benny Graham), The Broonzies (alongside fellow-veterans Maggie Holland, Chris Parkinson and Roger Wilson), Men at Words (with Canadian singer-songwriter and artistic director of Summerfolk in Owen Sound, James Keelaghan and Scotsman, Archie Fisher) and with fellow-songwriter Steve Tilston, show a willingness to push boundaries and venture boldly into pastures new. Meanwhile, his involvement in the award-winning BBC series The Radio Ballads continues, with his song The Wrong Bus singled out for inclusion on Radio 4’s Pick of the Year last December. The song is also featured on his latest album, The Ballad Beyond, the success of which prompted a feature in fRoots magazine and glowing reviews the world over. Jez shows no sign of slowing down, with tours of America, Holland, Australia and Canada lined up over the next twelve months, alongside an enviable list of UK dates. He’s also featured on a brand new album of songs dealing with forced child migration, instigated by the Victoria and Albert Museum in London, entitled On Our Own, alongside Boo Hewerdine, John McCusker, Chris While and Julie Matthews, John Doyle and Andy Cutting.