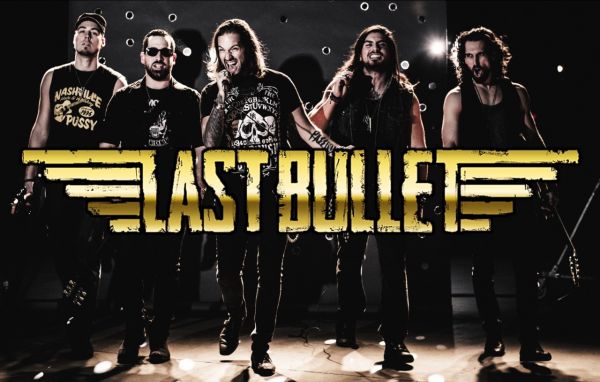 The Chem Valley Agency Presents.... Last Bullet featuring A Tribute to Scott Weiland LIVE at TrinityLounge TempleBar for Sarnia First Friday on January 6TH with local support from Silver Stone Satellite and Devil Grinder.. Tickets ONLY $10!!! Last Bullet Don't miss out on Toronto's Last Bullet play Sarnia for the First time and bring in the New Year right on January 6TH with a full set of Last Bullet tunes & A Tribute to Scott Weiland by Last Bullet... Don't miss one of Torn . This 5-peice rock band will guarentee blow the roof off TrinityLounge TempleBar and deliver one of the best live rock shows you have ever seen, when they hit the stage they make it their responsibility to get your hips shaking, your heart racing and your head banging... Over the course of seven years, Last Bullet has toured Canada countless times, been nominees and winners of several awards, featured on television and radio programs across the country, and had the honour of sharing the stage with bands like The Scorpions, Buckcherry, Sebastian Bach and many more http://www.lastbulletmusic.com http://www.youtube.com/LastBulletMusic The Down River Band The Down River Band is a local rock band who have opened for some notible bands since their inception, sharing the stage with such bands like Monster Truck, Glorious Sons, The Lazys and More!!! Come see them bring in the New Year with their first gig of 2017!!! https://www.facebook.com/thedownriverband/ https://www.youtube.com/watch?v=a5Lqev_Xzs0 Devil Grinder One of the newer bands rocking the Chem Valley Scene, Don't miss out on Devil Grinder who will be kicking things off to start the night with their very passionate performance!! https://www.facebook.com/Devil-Grinder-1184249054935401/?fref=ts Tickets Available at: Cheeky Monkey or from any member of The Down River Band or Devil Grinder