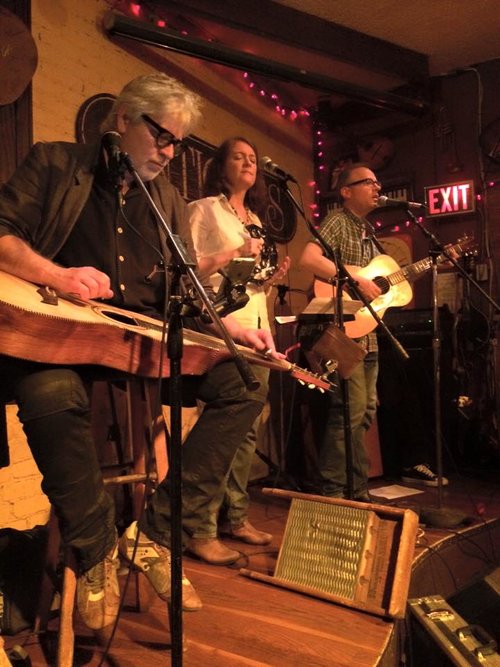 The Wanted: Natalie Rogers - vocals, guitar and percussion ; Jeff Rogers - guitars, mandolin, harmonica and vocals; Richard Henderson - lap steel guitar and vocals; Rico Stern - cajon ; Dave Lang – stand-up bass. Together, they are an acoustic band that fuse vintage North American country and folk music with rockabilly and rock ‘n' roll in a distinctive mash up: The Carter Family meets Chuck Berry! The Wanted perform extensively in Canada, headlining and playing extended residencies at iconic roots clubs such as The Dakota, Hugh's Room, The Cameron House, and The Gladstone Hotel; performing at festivals including The Hudson Music Festival in Quebec, the Eaglewood Folk Festival, and Winterfolk; and performing at numerous ribfests, city concerts, and country fairs. "Contagious, hip swaying, raucous music…Simply irresistible!" ~ AltCountryForum Tracks from their self-titled CD have aired on CBC Radio 1 and many other roots music programs throughout North America and around the world. The Wanted combine intricate harmonies and traditional instrumentation with unique elements such as washboard, bodhran, cajon, and acoustic lap steel guitar to create an eclectic musical style that is at once distinctive yet intriguingly recognizable. “If you want to know about roots, and some blues and rock and country and bluegrass, all rolled into one, an incredible mix, this is the band for you!" ~ The Hudson Music Festival