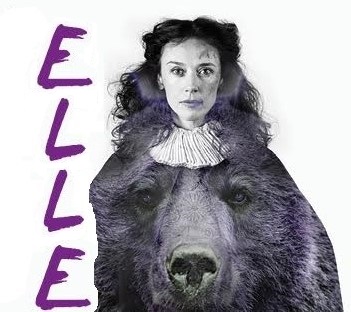 The Waterford Old Town Hall presents ELLE, the critically-acclaimed Theatre Passe Muraille production, based on the GG Award-winning novel by Waterford native Douglas Glover. Adapted by Severn Thompson 2016 Dora Mavor Moore Award Nomination “OUTSTANDING NEW PLAY" Show Description: "You cannot possess what you’ve never understood." Based on a true story from the life of Marguerite de Roberval and adapted from the Governor General’s Award-winning novel by Douglas Glover; Elle chronicles the ordeals and adventures of a young French woman marooned on the desolate Isle of Demons in 1542 at the time of France’s ill-fated third attempt to colonize Canada. The Sieur de Roberval abandons his unruly young niece, her lover, and her nurse on the Isle of Demons. With real bears, spirit bears, and perhaps hallucinated bears, Elle brilliantly reinvents the beginnings of this country’s national narrative. While Marguerite de Roberval’s experience of Canada in 1542 is not as well known as Jacques Cartier’s, her open-minded engagement with that environment and its people was ahead of its time, and is certainly more relevant and inspiring for us today than Cartier’s attempt to colonize and conquer.