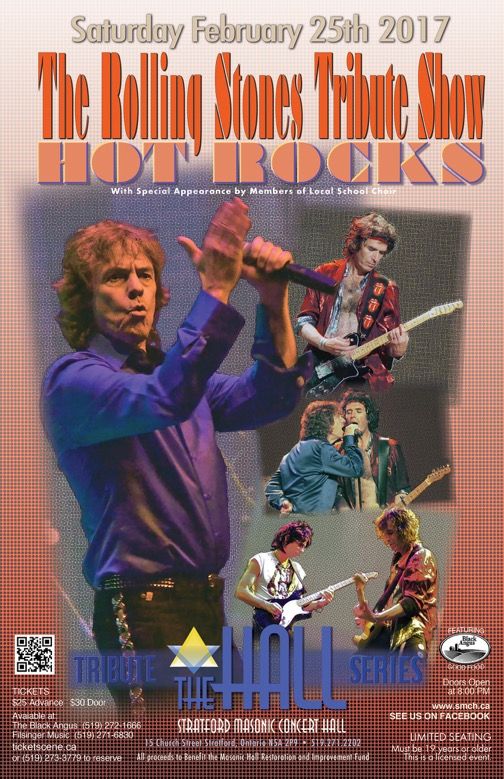 The Stratford Masonic Concert Hall Tribute Series presents Hot Rocks, tribute to The Rolling Stones. Canada’s number one Rolling Stones tribute - Toronto-based "Hot Rocks - The Rolling Stones Tribute Show"! The music, the costumes, the show! Features lead singer Bob Wotherspoon, North America’s most look-alike Mick Jagger - and he truly "Moves Like Jagger"! Performing all of the Rolling Stones’ greatest hits along with his band who look and perform remarkably like their Rolling Stones counterparts in every way – Keith, Ronnie, Charlie and Bill. In their ten year career Hot Rocks have played across Canada and the U.S. and as far away as South America to audiences who say it’s the next best thing to seeing The Rolling Stones!