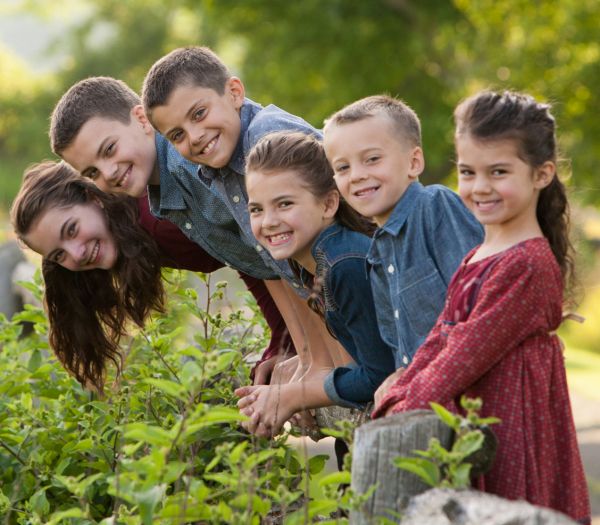 Next Generation Leahy - "A Family Christmas" (presented by TD Sunfest)

What's a Next Generation Leahy Christmas concert like? It's got all the talent and fun you expect from an NGL show, coupled with the beautiful music of Christmas. Your family will love it from start to finish! Next Generation Leahy are six of the eight children of fiddler Doug Leahy, a member of the celebrated family band Leahy from Lakefield, Ontario, and his wife Jennifer, who plays piano and sings. Ages six through fourteen, the Leahy children already are accomplished multi-instrumentalists, who have been heavily influenced by traditional country and folk styles, and whose live performances are filled with the high‐energy, Celtic‐based music that people associate with the Leahy heritage. Fiddle, cello, French accordion, singing, piano and French Canadian step dancing all find a voice on stage. Although the children had been surrounded by music since birth, they didn’t really begin performing in public until the adult Leahys were on tour a few years ago and wanted to give audiences a taste of what it was like at home at Christmastime. “The kids would come out and the crowds would just go wild," recounted Doug Leahy. His young family have been playing together as Next Generation Leahy since the fall of 2014, creating a sensation wherever they go. NGL’s Christmas show includes hymns and carols, along with French Canadian step dancing, Celtic fiddle music and other examples of the family's own holiday traditions. It’s a show for all ages, but Doug said they particularly like when families bring along their own children to the performances. “The kids get so inspired when they see other kids playing music," he said. “And when you put kids and Christmas together, it's a win-win. It's a pretty magical moment." Adele – age 14 – fiddle, piano, cello, dancing, vocals Gregory – age 13 – fiddle, accordion, piano, dance, vocals Angus – age 11 – fiddle, piano, dancing, vocals Cecilia – age 9 – fiddle, piano, dancing, vocals Joseph – age 8 – fiddle, dancing, vocals Evelyn – age 6 – fiddle, dancing, vocals

Next Generation Leahy - "A Family Christmas" (presented by TD Sunfest)