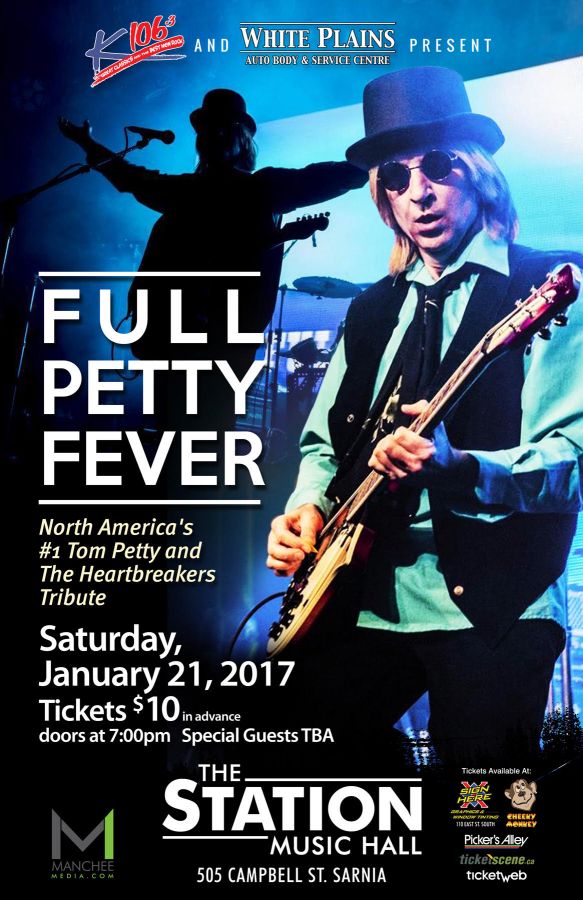 FULL PETTY FEVER is the Canadian touring tribute performing the Platinum-selling catalog of rock and roll pioneers Tom Petty & the Heartbreakers. For over 40 years, Tom’s music has been synonymous with FM radio hits and dynamic live performances that earned the band induction into the Rock & Roll Hall of Fame and cemented their legacy as one of the great American Rock bands of the 20th Century. Recreating all the signature guitar solos and rich vocal harmonies down to the smallest detail, FULL PETTY FEVER can make even die-hard Petty fans feel like they are at a Tom Petty concert. A favorite amongst fans ranging from teens to seniors this show covers a large demographic. Tom has had hits in 5 consecutive decades, a feat not many artists can claim. From his rocking start in the 70’s with “Damn the Torpedoes" thru the 80’s with The Traveling Wilburys, and his massive “Full Moon Fever" album, and continued into the 90’s with “Wildflowers", even into the 2000’s with the Mojo Cd, and 2013s “ Hypnotic Eye", Tom has proven to be one of the most prolific songwriters in history. FULL PETTY FEVER will satisfy the most demanding Petty fan, playing all the hits, with passion and precision, and deliver a performance that will be remembered long after the lights come up.