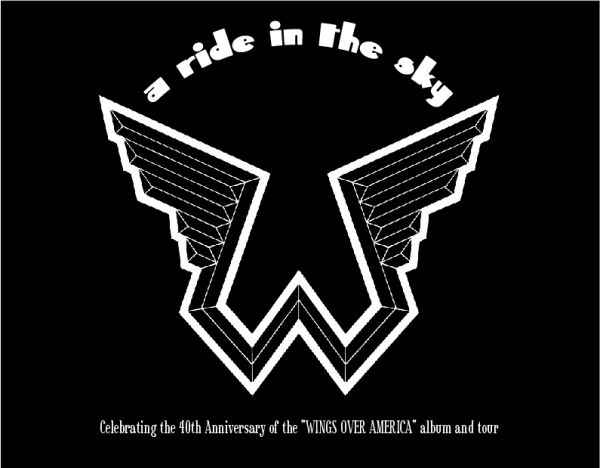 A RIDE IN THE SKY

PLEASE NOTE: If your order a ticket for Saturday, but the date is December 9, do not worry! You definitely have a Saturday ticket. It was an issue in how I set up the tickets - my apologies! "A RIDE IN THE SKY" is a celebration of the 40th anniversary of the WINGS OVER AMERICA album and tour. Organized by Christopher Clause, proceeds from the two shows will benefit Gracenotes and the Debbie Clause Recording Fund. The evening will consist of a live recreation of the WINGS OVER AMERICA album by the best talent in the local Hamilton music scene. Sides 1 to 3 will be performed, followed by an intermission, and then Sides 4 - 6 will be performed. The songs will not change from night to night but the guest artists will be slightly different. Music and merchandise of the guest artists may be purchased during the intermission (they make great Christmas gifts!) The two shows will happen on: Friday December 9 - 8 p.m. Saturday December 10 - 8 p.m. The Pearl Company, Hamilton ON ALL AGES SHOW Ticket: $20 per night (Friday or Saturday night) A FULL RIDE PASS may be purchased for BOTH nights for $30 The shows will feature the following artists (in alphabetical order): Andrew Aldridge The Barr Band Christa Bradbury Bob Bryden Jennifer Budd Christopher Clause Sonny del Rio Andy Griffiths Bec Jamieson Chris Jamieson Frank Koren Kim Koren Fred Magie Steve McRae Lena Montecalvo Jackie Scott Michael Scott Peter Taplay Sharon Washington This is the set list for BOTH SHOWS: Set 1: Venus and Mars/Rock Show Jet Let Me Roll It Spirits of Ancient Egypt Medicine Jar Maybe I'm Amazed Call Me Back Again Lady Madonna The Long and Winding Road Live and Let Die Picasso's Last Words Richard Cory Bluebird I've Just Seen a Face Blackbird Yesterday INTERMISSION Set 2: You Gave Me the Answer Magneto and Titanium Man Go Now My Love Listen to What the Man Said Let 'Em In Time to Hide Silly Love Songs Beware My Love Letting Go Band on the Run Hi Hi Hi Soily

A RIDE IN THE SKY