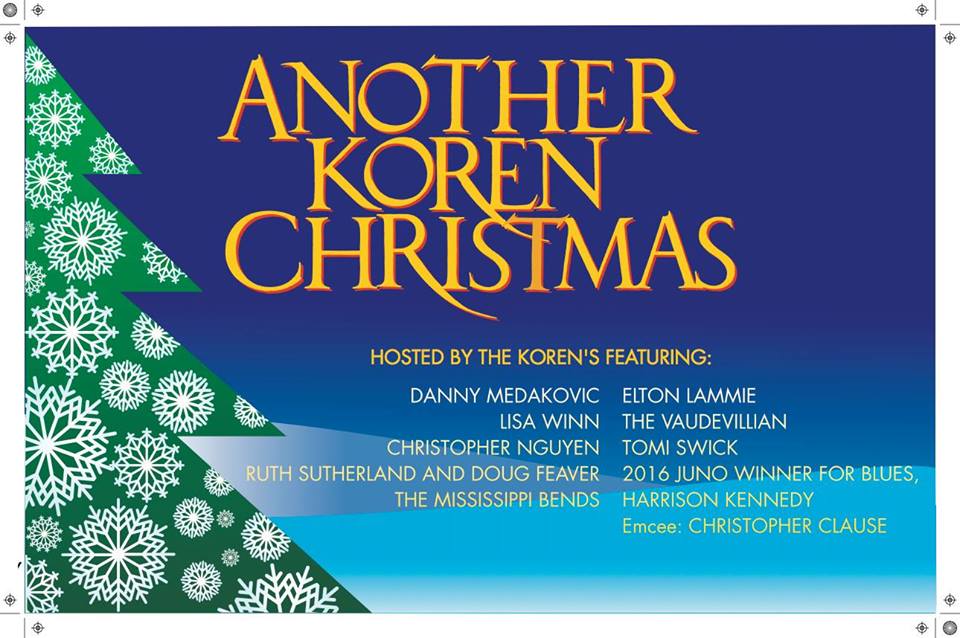 Featuring: The Koren Family & 25 Others!

The Koren Family Christmas! Monday, December 19 at 7:00pm: $10 / With a Food or Cash Donation. The Koren Family with The Pearl Company will host an evening of music and much, much, more. I quote from Benjamin Washington ...best deal of the year...the 2016 installment of the annual 'Koren Family Christmas'...a full charity donation showcase in aid of HAMILTON FOOD SHARE...main stage at The Pearl Company... the musical line-up is awesome...room sound by Ron Chilton...lighting and effects Rob McArthur's Niteline Productions...tech by Ed Sculthorpe';s Birchway Sound and the show is being taped for television broadcast...ten bucks and a food donation...be there...best deal of the year! The Musical lineup so far: Tomi Swick, Lisa Winn, Christopher Nguyen, Mississippi Bends, Doug Feaver and Ruth Sutherland, Danny Medakovic, The Vaudevillian, Elton Lammie Music and 2016 Blues Juno Award winner Harrison Kennedy perform!!! Watch: https://www.youtube.com/watch?v=C_4F90lmGQY