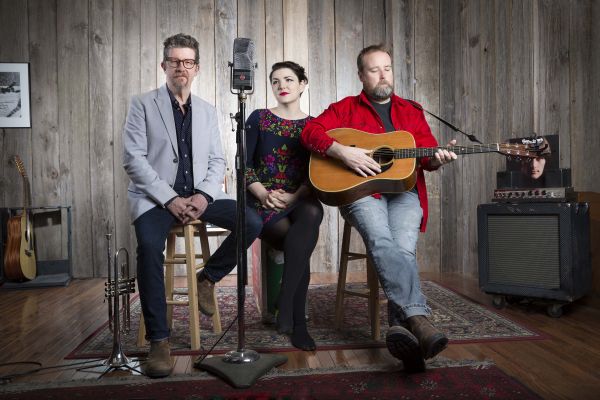 We are happy to share this wonderful performance with you: Skydiggers Trio Acoustic live at The Sanctuary. Doors open at 8 pm, show starts at 9 pm. This is a seated show. “Long-running JUNO Award-winning alt-country group Skydiggers, well known for having crafted a catalogue full of acclaimed original material over a quarter-century career, celebrate one of the world’s most treasured songwriters on their latest album, Here Without You – The Songs of Gene Clark. Clark co-founded legendary rock group the Byrds in 1964 and went on to write not only some of the group’s most popular songs, but some of the most progressive, trailblazing and much-loved pop music across his three-plus decade career, and his music has been recorded by artists including Tom Petty, Robert Plant & Alison Krauss, Teenage Fanclub. Skydiggers found, in Clark’s songwriting, a connection to the roots of folk rock – beyond Guthrie and Dylan, and back to the Appalachians, Brits and Scots who first created the folk music in which the Skydiggers’ music is rooted. The album, says the band “is our attempt to capture the essence of our roots as distilled through Gene Clark’s songs." This special acoustic performance features not only the music of Clark, but also a trip through the ‘diggers’ greatest hits."