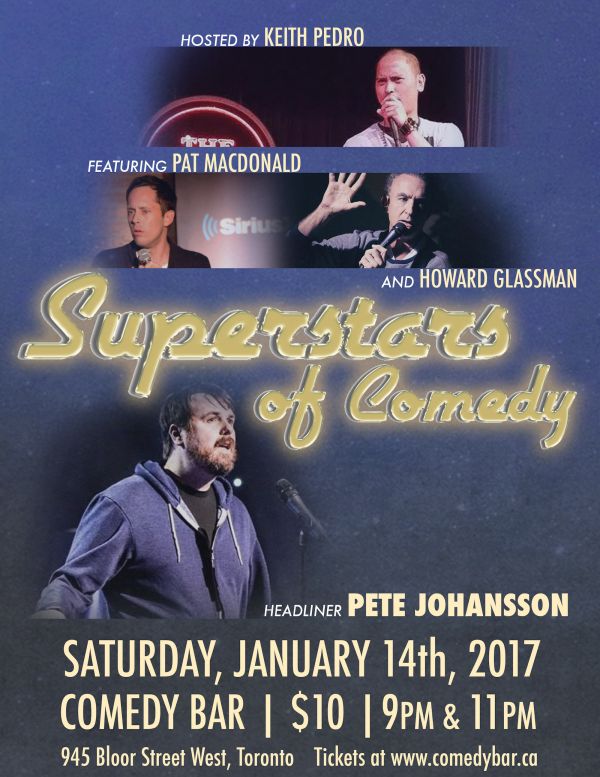 The Superstars of Comedy return to Comedy Bar after multiple sold-out shows. This show will feature some of the best stand-up comedians in Toronto for an album recording. There will be two shows: 9pm and 11pm. This night of comedy is hosted by the hilarious Keith Pedro, and will feature performances by: Pat MacDonald(Yuk Yuk's) Howard Glassman(Humble & Fred Radio) And headliner, Pete Johansson(Just For Laughs)