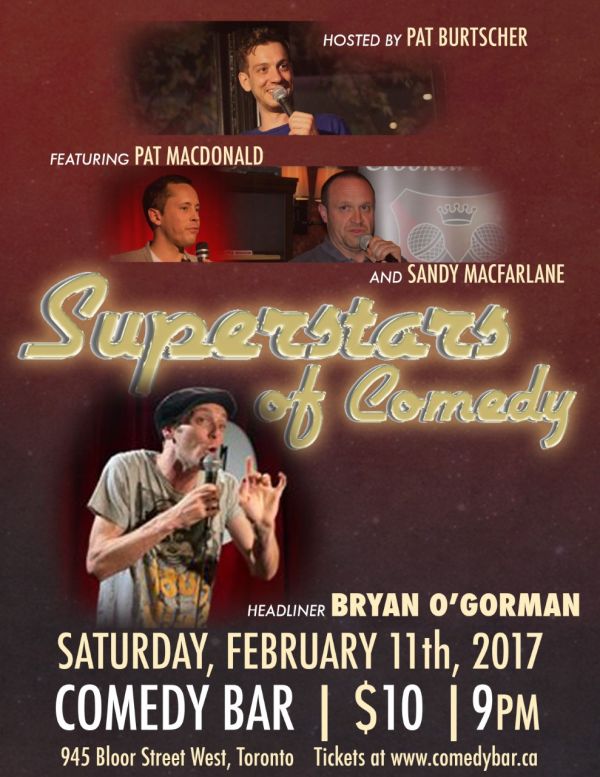 The Superstars of Comedy return to Comedy Bar after multiple sold-out shows. This show will feature some of the best stand-up comedians in Toronto. This night of comedy is hosted by the hilarious Pat Burtscher and will feature performances by: Sandy MacFarlane(Rusty Nail Comedy) Pat MacDonald(Yuk Yuks) And headliner Bryan O'Gorman(The Comedy Network) Tickets are $10 in advance/$12 at the door