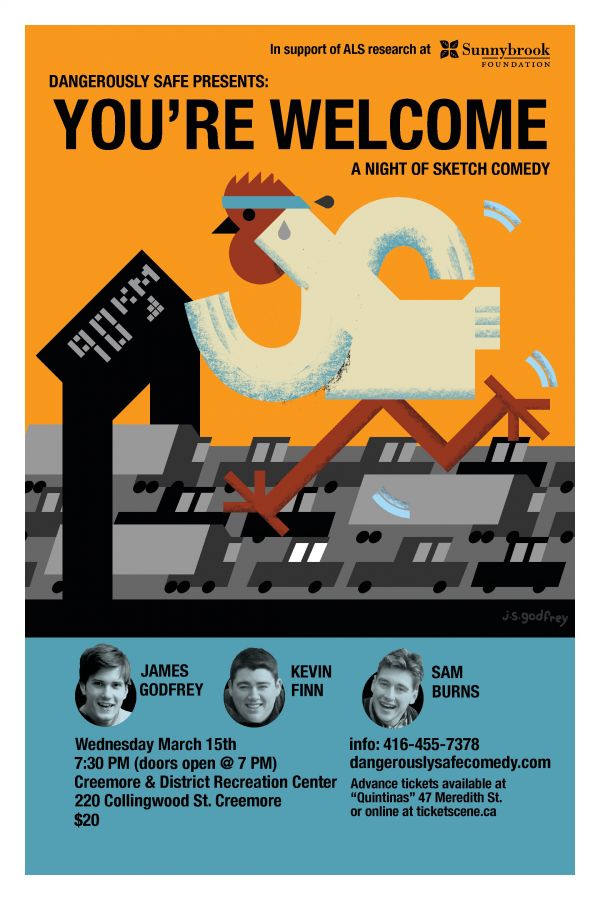 Rapid paced, musically infused, character driven sketch comedy! A night of cheeky fun for the whole family! Dangerously safe has been performing all around Toronto, Los Angeles, and New York for the past 2 years. And have appeared all over television on CBC, Disney, FXX and more. Trained through the Second City, and Humber's Comedy Writing and Performance program, the boys are regulars at comedy clubs all around Toronto and are taking they're original material on tour! Come out for a laugh! One night only!