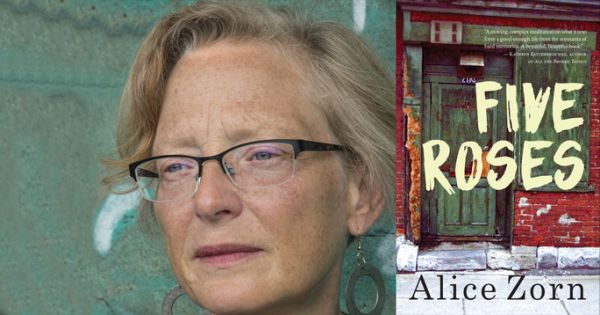 Literary Dinner with Alice Zorn: A Taste of Old Montreal

Five Roses by Alice Zorn is an engrossing story of the complicated relationships and histories between four women living, loving, and working in Pointe St. Charles, a working-class neighbourhood in Montreal. The city of Pointe itself is a character in Five Roses, and Zorn explores the gentrification of the Pointe St Charles neighbourhood as a backdrop to the turmoil—and, ultimately, growth—affecting her main characters. Now, menu items such as cretons and pouding chomeur have become trendy in an area of the city where they were once a necessity, but have nevertheless been staples for well over a century. Join Alice Zorn for a literary dinner that pays homage to the culinary history of working-class Montreal and Quebec with the following menu:

Smoked and steamed salmon rillettes, with celeriac, apple and baguette

Alice Zorn is the author of Arrhythmia and a book of short fiction, Ruins Relics, which was a finalist for the 2009 Quebec Writers’ Federation First Book Prize. She has twice placed first in Prairie Fire’s Fiction Contest. Her novel Five Roses is a novel about overcoming the emotional fallout of a shattering loss.

Literary Dinner with Alice Zorn: A Taste of Old Montreal