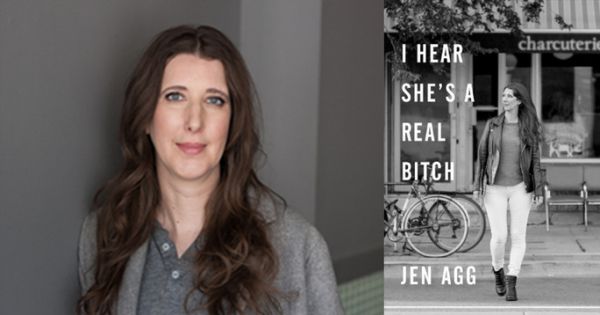 Not Bossy; Brilliant: A Literary Dinner with Jen Agg

Leading in any industry is often difficult for a woman. Renowned restaurateur Jen Agg, however, finds strength in her femininity and isn’t allowing the standards set by society to hold her back. “You have to push your accomplishments, because—patriarchy,” she states. In her debut memoir entitled I Hear She’s a Real Bitch, Agg discusses her life in the restaurant business and her constant fight against sexism in the industry. Join us in an eventful, engaging evening discussing feminism, success, and how to survive in a man’s world. The menu will be inspired by Jen Agg's The Black Hoof restaurant.

Outspoken and inspiring, and a superstar of the restaurant world, Jen Agg is the owner of The Black Hoof, Grey Gardens, Rhum Corner, and Cocktail Bar in Toronto and Agrikol in Montreal. She is a leader in the discussion of sexism and the mistreatment of restaurant workers. She has organized a sold-out conference called “Kitchen Bitches” that addressed gender, sexism, and injustice in restaurants. She is known as a respected voice of feminism on Twitter and an inspiration in the fight against patriarchy in the food industry. Author of the memoir I Hear She’s a Real Bitch, and a big fan of nachos, you can find her on most nights in one of her spots, tipping back rosé as slowly as possible.

Not Bossy; Brilliant: A Literary Dinner with Jen Agg