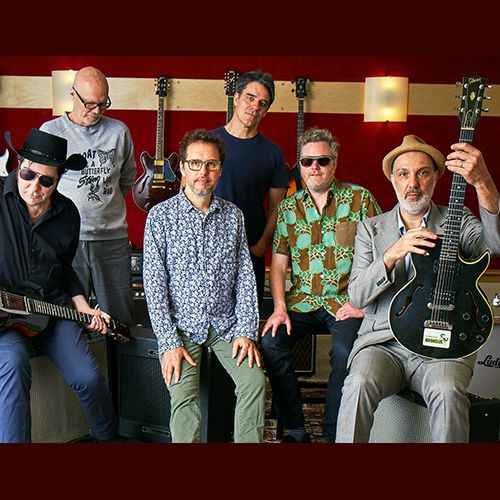 Maxwell's Concerts Events is proud to present:RheostaticsFriday November 24thTickets on-sale Friday September 8th at 10amwww.ticketscene.ca/maxwellsDoors open at 7:30pm, music starts at 8:00pm$30 advanced tickets, 19+For 36 years since their debut in 1980 as teenagers playing under LLCBO exemption in Toronto punk clubs, Rheostatics have occupied a unique place in the Canadian music landscape, being the first among their generation-- a generation dominated by American and British cultural colonialism-- to sing about their country; its places; people; vision; and soul. Sublime, destructive, and iconic, they never settled on just one way of being a band, yet this eclecticism resulted in one of the most longstanding careers in alternative pop history.

With eleven albums released since 1987, including Melville and Whale Music, two titles that have insistently appeared on Best Canadian Albums of All Time lists for decades, the Rheostatics’ catalogue articulates the artistic ecstasies and political ironies of a country, partly defined by their Genie-award winning soundtrack work on the Paul Quarrington film Whale Music and partly defined by their annual memorial shows to raise money for Street Soccer Canada in the name of Stompin' Tom Connors. In 1996, they toured the country opening for the Tragically Hip - this resulted in guitarist Dave Bidini's ground-breaking and best-selling work of non-fiction, On A Cold Road: Tales of Adventure in Canadian Rock - and in 2007 they crossed Canada with the One Yellow Rabbit Performance Company providing music to their erotic hockey theatrical event. And last year they celebrated the 20th anniversary of their ground-breaking instrumental album, Music Inspired by the Group of Seven by performing four sold-out shows in the transformative setting of the Art Gallery of Ontario, further plundering the Canadian mythos to become themselves a kind of bedrock allegory.