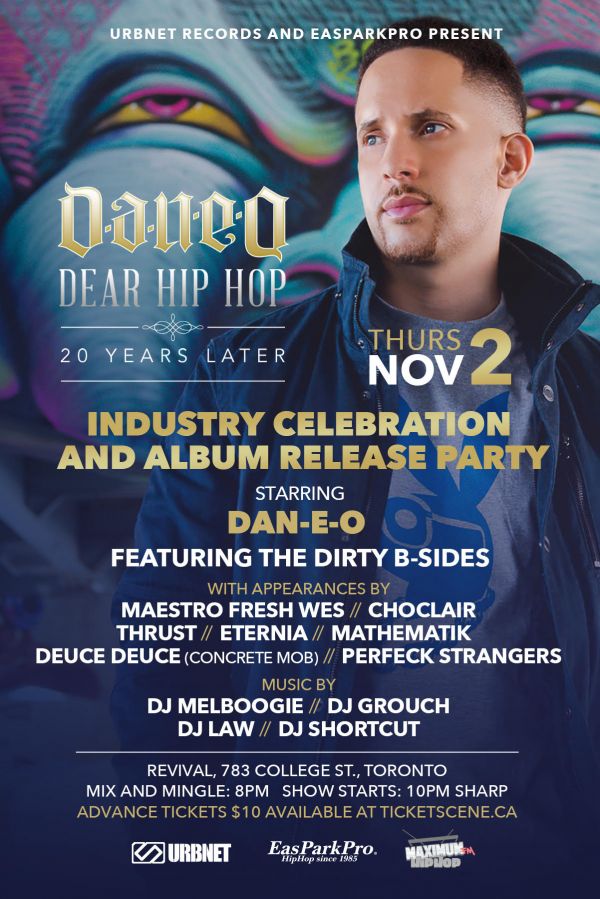 On Thursday, November 2, 2017, inside Toronto's Revival, veteranlyricist, Dan-e-o will be celebrating the two-decade milestone since therelease of his now-classic debut single "Dear Hip Hop". To commemorate theoccasion, Dan-e-o will be releasing a deluxe version of his fourth albumentitled "Dear Hip Hop: 20 Years Later" on October 6th, via URBNETRecords.

Choclair, Thrust, Eternia, Mathematik, Deuce Deuceof Concrete Mob and the Godfather of Canadian Hip-Hop himself, MaestroFresh Wes will all be touching the stage at the officialIndustry Celebration and Album Release Party on November 2nd! It will be,without question, a can't-miss-it event for fans of hip-hop!