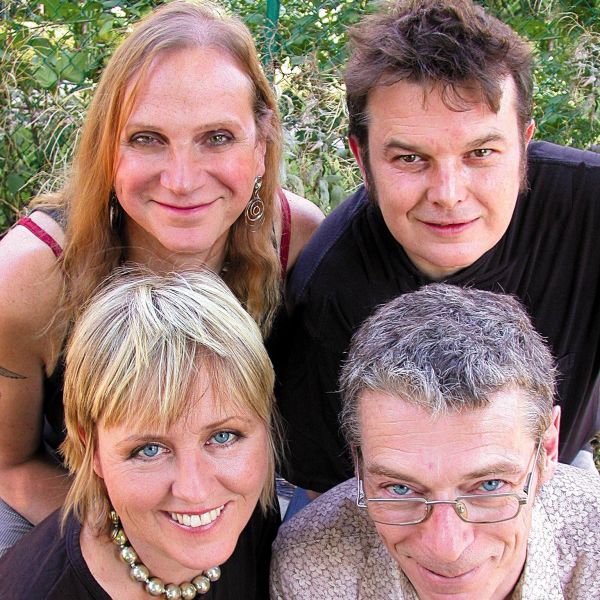 I'm thrilled to be bringing my "dsyfunctional musical family" to the Pearl Company!  I love these folks from the bottom of my heart and its a joy and honour to play with them in any capacity!

Melissa Marchese could be best described as a cross between Bobbi Gentry and Alanis Morrisette. With passion and pathos, Melissa's committment to her art is evident the minute she starts singing...every note rings true! In beautiful contrast, Doug Smith is a fabulous no-nonsense, "in the pocket" guitar player that every singer dreams of working with!

Alternative country "supergroup" Hey Stella formed in 1998, and quickly gained a reputation as one of the premiere "live" acts in the country. Collectively, members of Hey Stella have played with: Etta James, Jann Arden, Papa John Phillips, Justin Rutledge, Blue Rodeo, and many others.

Spanning over five years, thousands of patrons caught Hey Stella (David Baxter, Bazil Donovan, Michelle Josef, Lori Yates) in the cavernous back room of Ted's Wrecking Yard and Ted's Collison as part of their weekly residency. Their irreverent and charming approach to traditional country tunes and their originals included; humor, pathos, stellar musicianship. The night often ended with Lori standing on a stool belting out Leonard Cohen's "So Long Marianne" while everyone in the bar sang along with her, making them a crowd favourite.The band took time off while babies were born, solo records made, careers were advanced. But when the call came for another weekly residency, this time at the venerable Cameron House, they jumped at the chance. From the opening note, it's clear the Hey Stella mojo is still there, maybe even better, and indeed their sound has aged like a fine vintage wine or a smelly piece of cheese.