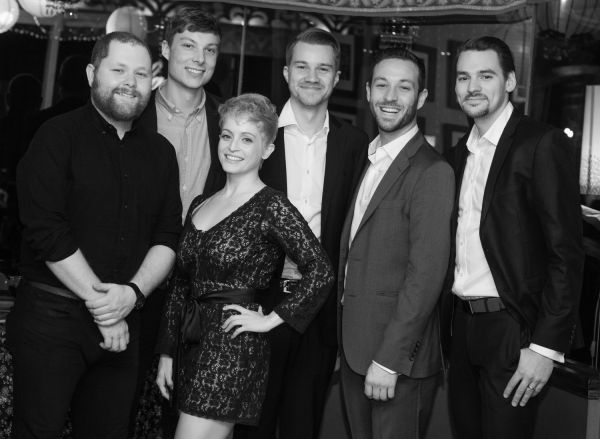 Featuring: The Woodhouse with Barbra Lica

With over 10 years of sold-out shows throughout Canada, The Woodhouse amazes audiences with their unique arrangements of holiday classics mixed with jazz and pop. Described as a "little big band” with their quintet plus vocals configuration, they have received regular rotation on CBC Radio and Jazz.FM91, as well as featured performances on CTV Atlantic News and CP24 to name a few.

Their debut album, Home for Christmas, was nominated for Jazz Recording of the Year by Music Nova Scotia and features Order of Canada recipient Don Thompson on vibraphone as well as Nova Scotia vocalist Jennah Barry ​(Ron Sexsmith, Rose Cousins, David Myles) who was featured on Stuart McLean’s Vinyl Cafe.

This year, The Woodhouse will be once again be collaborating with Juno nominated vocalist Barbra Lica​, who was named one of Canada’s Top 5 Jazz Singers by the CBC. After a string of successful shows together in 2015 and 2016, The Woodhouse is excited to be hitting the road with all-new songs and arrangements.