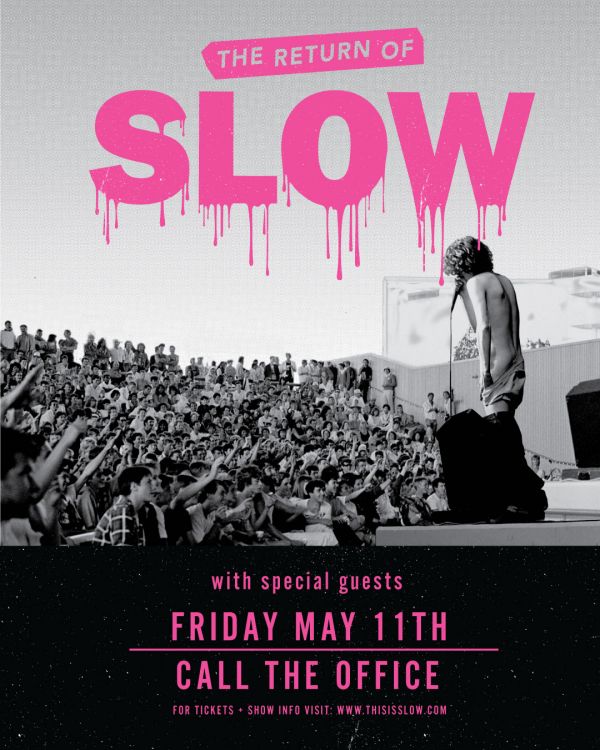 The Return Of SLOW

It is almost impossible to over-estimate the effect of Slow on Canadian music. Formed in the mid-80s in Vancouver, and releasing only one album and one 7" on Zulu Records, the band has consistently been called one of the most influential punk rock bands in Canada and forerunners of the Seattle grunge scene. Perhaps most infamously, Slow is also the band that brought Expo 86 to its knees. Not bad for a band that recorded only eight songs. Slow was formed by Thomas Anselmi, Christian Thorvaldson, Stephen Hamm, and Terry Russell. Ziggy Sigmund was added to the line-up soon after as a second guitarist. The band released the 7" I Broke the Circle in 1985, followed by Against the Glass in 1986, which featured the legendary "Have Not Been the Same," one of the most iconic songs in Canadian music history. The song's name was even taken as the name for the CanRock Encyclopedia, published by ECW Press. Slow's brand of rock n roll and punk rock has not aged one bit: Anselmi's voice is monstrous, the guitars seriously rock n roll, and the drummer is all energy and destruction. Against the Glass is the kind of album that could only be delivered by a veteran act of 20 years---or a bunch of genius teenagers with not much better to do.

The Return Of SLOW