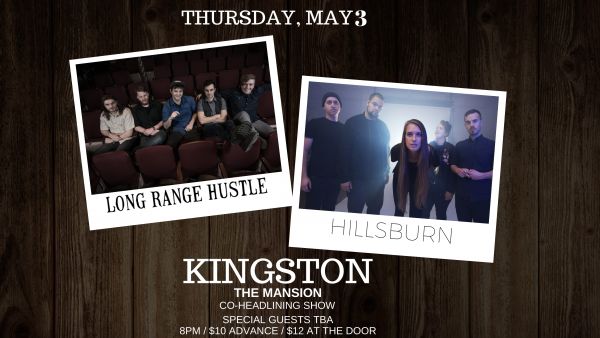 If you’re new to a Long Range Hustle show, it only takes a minute to feel their contagious energy connect with everyone in the room. From their chilly basement jam space to a sweat soaked stage, Long Range Hustle is committed to fostering a distinct five-piece sound – notable for its warm infectious melodies, driving rhythms, and gorgeous harmonies.

Hillsburn doubled down on their independent ethos for their second record, The Wilder Beyond. Deciding to forego a formal studio setting, they produced the album collectively and recorded it in singer Paul Aarntzen’s Halifax apartment. Aarntzen, also the band’s songwriter, took on the roles of engineer and mixer. Perhaps partly as a result of the new approach, The Wilder Beyond departs sharply from the folk-rooted sound of Hillsburn’s award-winning In The Battle Years debut. The group’s soaring three-part harmonies are intact here, but densely-layered arrangements and more electronic instruments signal a move in the direction of indie rock.