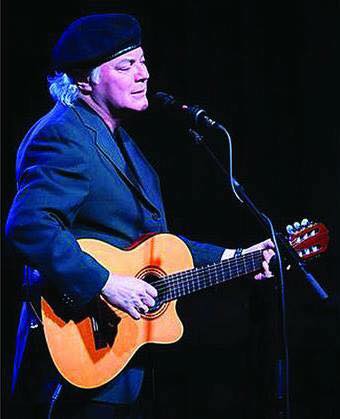 Alfie Zappacosta in Concert: Friday, May 18. Doors: 7:30pm. Show: 8:00. Tickets: $40.  Zappacosta is undeniably one of Canada's premier songwriters and performers, with an American Music Award, two JUNOs, a string of chart topping million-sellers, and a recording and acting career that has spanned 40 years. He continues to evolve as an artist by “doing it his way”, an effort that has been rewarded with an impressive song catalogue and a discerning, loyal fan base.

In his teens, Zappacosta set his sights upon being a guitarist until his vocal prowess and song writing skills were uncovered. His legacy of hits brought him to the world's attention. "Start Again”, “When I Fall in Love Again” and “Nothing Can Stand In Your Way” became staples on adult contemporary radio. Zappacosta became a Rock Star and in 1987, Walt Disney's Danger Bay episode "Rock Star" catapulted Zappacosta to a new kind of fame.
Underneath it all, was a songwriter of the highest caliber. With a massive catalog of well over 200 songs, Zappacosta true art is in his words. All but seven songs on his thirteen recordings have been written or co-written by Alfie many of them delivered from his acoustic guitar.

His recordings since 1996 reflect his mastery at romance, his insight into relationships and his complex knowledge of music. Zappacosta has redefined the live concert experience with intimate and intense showcases. His performances deliver a blend of acoustic, jazz and pop music that grabs your heart with the words and your head with soaring melodies.

Zappacosta's latest CD and DVD, Live From Blue Frog Studios captures a recording in front of an intimate audience with his great band, finding the heart and soul of his classics and new material showcasing him making some of the most dynamic music of his career. “No trends, no hype –This is pure music, pure art…pure Zappacosta.  http://zappacosta.ca