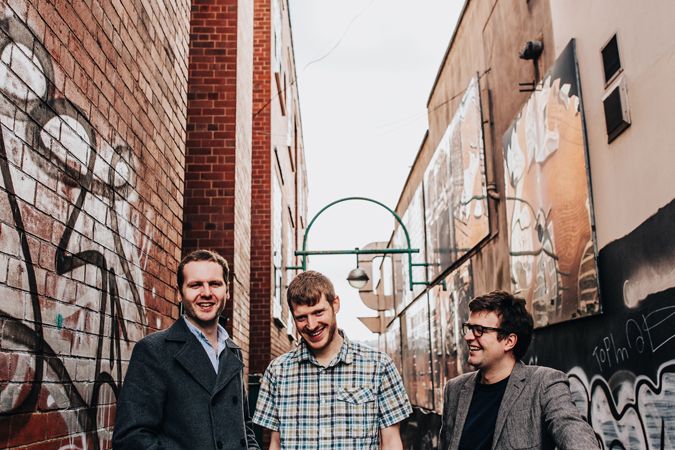 The Young'uns are an exciting and very entertaining English harmony folk group from Stockton-upon-Tees in northeast England. They won the BBC Radio 2 Folk Awards "Best Group" award in 2015 and 2016, and their latest album "Strangers" won the 2018 BBC Radio 2 Folk Award for Best Album. The members are Sean Cooney, David Eagle and Michael Hughes, who met as teenagers and encountered folk music as underage drinkers in a local pub. They enjoyed the music and returned to the Stockton Folk Club, where as Michael recalls it, "One day someone said 'let's hear a song from the young'uns' and we sang this one verse we knew from a sea shanty", hence the band's name.

They specialise in singing unaccompanied, and they perform traditional shanties, and contemporary songs such as Billy Bragg's "Between the Wars" and Sydney Carter's "John Ball", and original works including "You Won’t Find Me on Benefits Street" (alluding to Stockton's reaction to a Benefits Street television crew) and "The Battle of Stockton" (on a 1933 clash with Oswald Mosley's blackshirts). Their 2017 album "Strangers" includes nine new songs written by the group's Sean Cooney. These songs celebrate inspiring people 'A homage to the outsider; a eulogy for the wayfarer; a hymn for the migrant.' "These Hands" tells the life story of 1950's immigrant Sybil Phoenix while the story of the Battle of Cable Street is told through the words of Stockton teenager Johnny Longstaff. One of the most poignant and celebrated songs on the album is "Be The Man" which was inspired by the incredible story of Matthew Ogston, who founded the Naz and Matt Foundation to tackle religious and cultural homophobia following the tragic death of his fiancé.