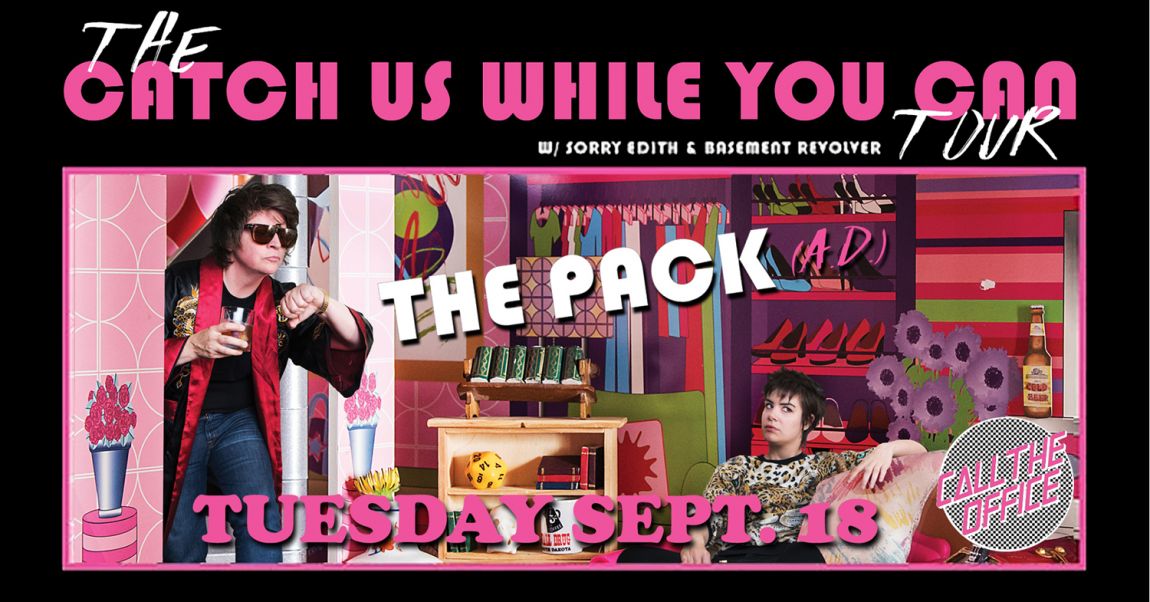 Toronto, ON - July 17 - The Pack A.D. are retiring the band van. This fall, the duo will embark on their “Catch Us While You Can Tour”  - a final full Canadian tour from West to East on wheels.

“It's hard to believe sometimes that we've been around as long as we have and then sometimes it feels exactly that long. We've spent so much time in vans and though we will continue to play shows, it just seems like the right time to stop making the cross Canada trips. We've done it countless times and as anyone who has driven across our country knows, it is the longest drive ever. If you've ever thought, ‘I'll just catch The Pack the next time,’ this is the time to see us, because we can't guarantee that the next time will happen.”

The band will reach another milestone this fall when they play their 1000th live show. Check out a full list of tour dates below.

The fall will also see the Pack’s debut album Tintype reissued on vinyl via Mint Records on September 28. It was the mid ‘aughts and this band called The Pack came out of nowhere with some dirt and booze flavoured garage rock and the world made them put “a.d.” at the end of their name to signify that things would never the same. Soon after recording their debut album, Tintype, the band went to the Mint offices with a bottle of Jack Daniels and walked out of there with a record contract. Tintype came out shortly after in the middle of a grey January in 2008. A decade later the band has played close to a thousand shows and released seven albums. Their music still feels like a cup of black coffee that you drank too fast but along the way, Tintype fell out of print. Mint Records have decided to fix that. Tintype is finally being reissued on the format it was meant to be heard… vinyl. It has it has been re-mastered and the folks at Mint dug through some dusty boxes for old flyers and photos to include in the liner notes to make it extra special and remind you of what you missed or can’t remember.

When their songs kick off, you’re immediately met with a one-two punch of searing guitar riffs and pulverizing drums, a signature symbiosis of raucous garage-rock that singer/guitarist Becky Black and drummer Maya Miller have perfected over the past decade. Their most recent album Dollhouse (CadThe Pence Music) speaks to urgent thoughts on the current climate of the world. The album wastes no time addressing those issues with it’s nine tracks clocking in at just under 30 minutes making it the band’s most succinent album yet. Listen to the album here and watch the video for the title track here.

“It feels almost cathartic to be touring with our new album, Dollhouse, and our first album, Tintype. Side by side, it's so striking how much we've evolved as a band; yet, we're still undeniably just Becky and Maya - best friends that started a band on a whim.”