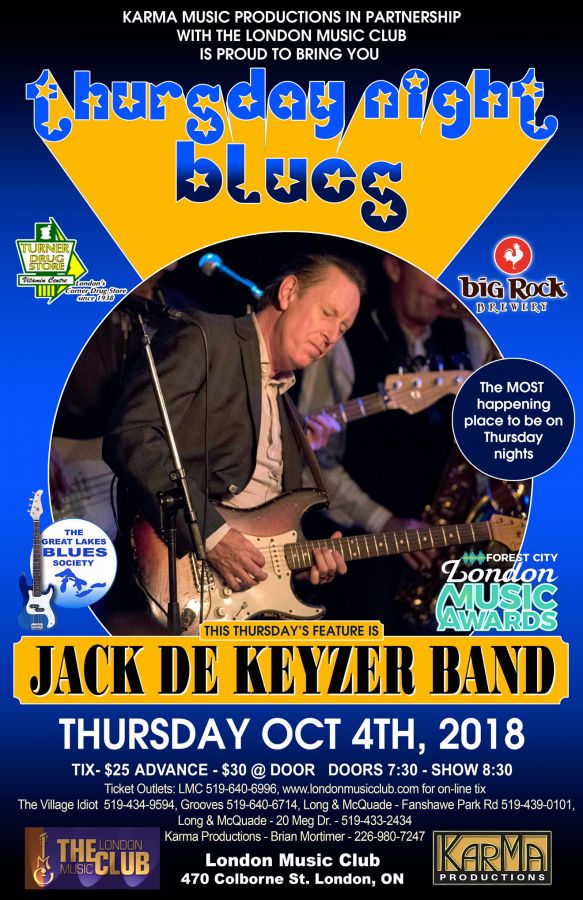 A much celebrated musician, de Keyzer has been nominated for the Juno (Blues Album of the Year) 5 times and won the Juno twice in 2003 and 2010. He has won 7 Maple Blues Awards (Canada’s national blues awards) , first place in the International Songwriting Competition and won CBC’s Great Canadian Blues Award from a poll of radio listeners. Always touring with an incredible band, Jack will have you rocking in your seat and swaying to his hot blues, soulful r&b and cool soul jazz. World class.
"The finest blues guitarist in Canada" Jeff Healey
"If Jack de Keyzer was from Chicago, New York or LA, he'd be famous" Bob Dylan
“Electric Love…a rock blues album with nods to guitar influences Clapton, Hendrix and Page… a disc of excellent new songs by a bluesman who should be considered their equal.” (Maple Blues)