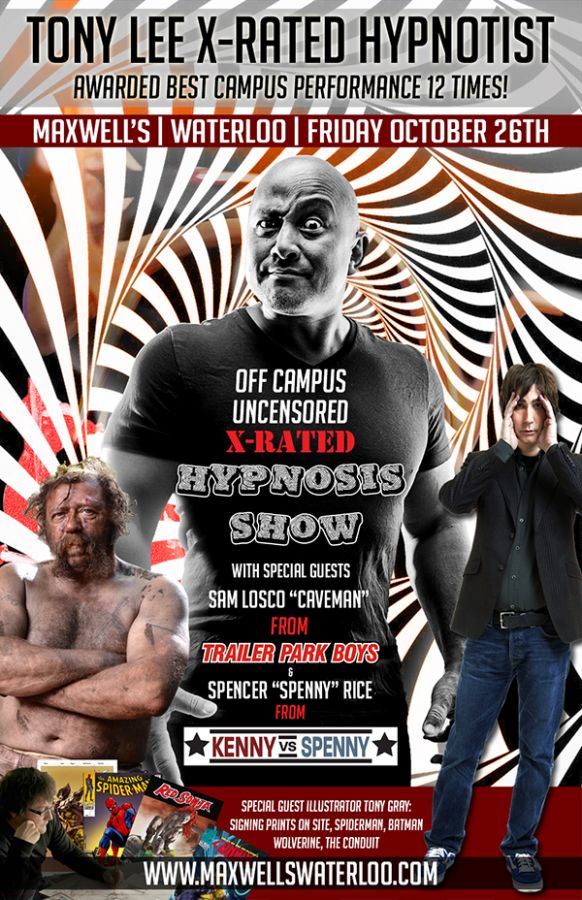 This is your chance to see one of the most unusual team-ups of
Canadian Talent EVER Assembled!
Superstar, X-Rated Hypnotist, Tony Lee. Sam Losco (The Caveman) from
The Trailer Park Boys. Spencer Rice from Kenny vs. Spenny. Comic Book
Illustrator, Tony Gray (Spider-man, The Conduit, Batman).

All together for the first time to make up the Must See Show of 2018!!!

R-Rated Hypnotist, Tony Lee, has been Awarded the Best Live Show of 2018
for a record breaking 12th Year! His legendary performances are ranked
among the most successful campus shows of all time by Universities and
Colleges Canada-wide. Don't miss your opportunity to experience the
act that millions count as one of the most hilarious shows ever
produced! See the show or be the show!!