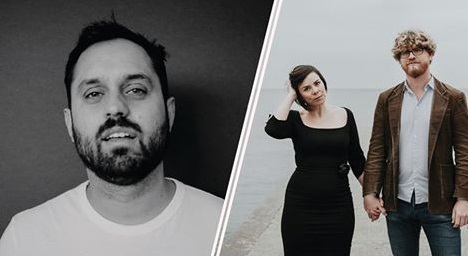 After locking himself into the studio with Death Cab for Cutie's Chris Walla for almost a year, Mike Edel is ready to unleash his new album "Thresholds" and keen on hitting stages across the country again. After 2 million cumulative streams across major platforms, being in rotation on CBC Music, AAA Radio across the United States, and on Sirius XM’s The Loft; after playing hundreds of shows including Rifflandia Festival, Vancouver Folk Festival, Regina Folk Festival, Victoria International Jazz Festival, and Upstream Music Festival; after sharing the stage with Serena Ryder, Foy Vance, Said The Whale and Josh Garrels; and after splitting his time between Seattle, WA and the mountains of British Columbia and getting married, Edel is taking his music in particular and his life in general across a threshold, through an open door, and into the unknown.