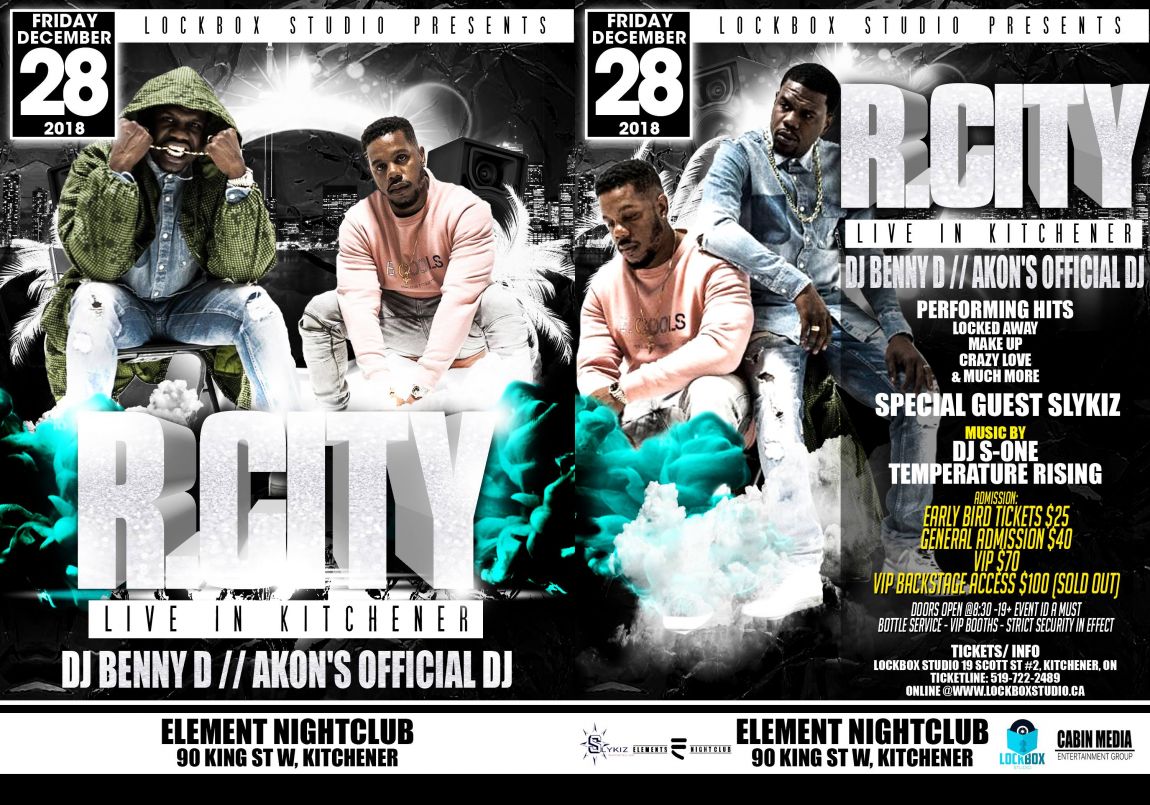 ABOUT ROCK CITY
Rock City is an American musical duo formed in 2003, from Saint Thomas, U.S. Virgin Islands. The duo consists of brothers Theron and Timothy Thomas, who use the stage names Uptown AP and A.I. respectively. They are also a songwriting and record production team. The duo have also released music under the names R. City and Planet VI. Their debut album, What Dreams Are Made Of, was released in 2015. They are known for the single "Locked Away" featuring Adam Levine.

In 2007, the duo signed with Geffen Records and American singer Akon's KonLive Distribution. During their time there they released a series of mixtapes with the primary title, PTFAO (Put the F*ckin' Album Out), a reference to the fact that their then-debut album Wake the Neighbors had not been given a release date. In 2011, the duo were released from their contract with KonLive and subsequently founded Rebelution Records. In 2014, they signed a record deal with RCA Records and Dr. Luke's Kemosabe Records.

The Thomas brothers have written and produced for several prominent artists, including Jamaican singer Sean Kingston ("Take You There"), American singer Miley Cyrus ("We Can't Stop"), Trinidadian rapper Nicki Minaj ("Only") and Barbadian popstar Rihanna ("Pour It Up"). The duo has also contributed to numerous Grammy-nominated albums, including Rihanna's Unapologetic (which won Best Urban Contemporary Album), Jennifer Hudson's self-titled album (which won Best R&B Album), and Ariana Grande's My Everything (which was nominated for Best Pop Vocal Album).