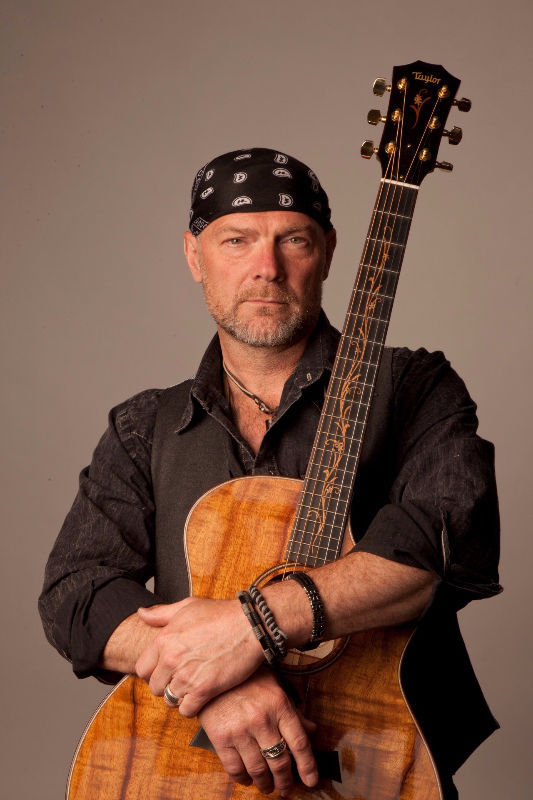 Les Stroud: Musician! Thursday, October 25. Doors: 7:30pm. Show: 8:00. Tickets: $30 / $25 students/seniors/un(der)waged. A Canadian survival expert, filmmaker and musician best known as the creator, writer, producer, director, cameraman and host of the television series Survivorman, Les Stroud has made a powerful name in the world of documentary film making, indeed starting an entirely new genre of TV, yet he comes by his music honestly. Since the age of 14 Stroud has been writing songs and studying musically. By 23 his music was being shopped to the likes of Bruce Springsteen and he was a published songwriter. Taking a break from music to concentrate on outdoor adventure Stroud eventually returned to his first love when he found an old guitar in a house in Yellowknife (while he was dog sitting 30 Inuit sled dogs; go figure!). He began writing music again. He wrote and recorded all through the inception and success of the Survivorman TV series, which included writing the theme music for any documentary work he produced and releasing 4 CDs as well as performing hundreds of concerts. He has been nicknamed the “Hendrix of harmonica” for good reason. It is said Les plays the ‘harp’ like he’s playing a guitar and to watch him live is awe-inspiring. Fusing modern technology with a powerful set of lungs, Stroud plays with a confidence and style that no other player captures today. Website: http://www.lesstroud.ca/music/  Music: https://www.youtube.com/watch?v=9QW0w7APTk8