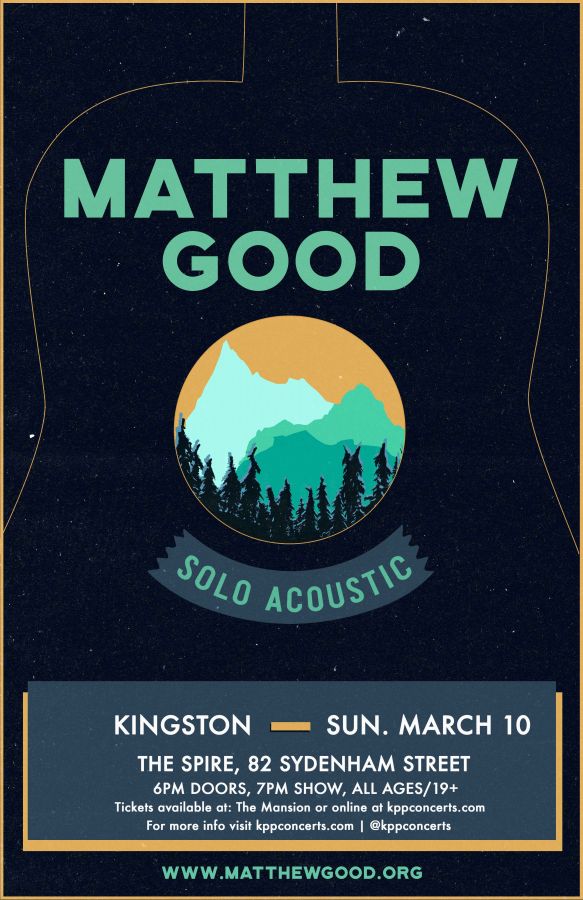 The Spire • 82 Sydenham Street • Kingston, ON

THIS SHOW IS SOLD OUT

Check out www.kppconcerts.com for info.

Matthew Good is one of Canada's preeminent voices in music today. In
the 20 years since the release of his debut album, he has been prolific in
his output. Matthew's studio albums have combined for nearly one
million albums sold in Canada alone. He released his ninth solo album,
Something Like A Storm in the fall of 2017, and has been nominated for
over 20 Juno Awards.

Matthew is also known for his support of various causes, most notably
his dedication to raising awareness regarding mental health issues and
human rights.

The Spire
82 Sydenham Street, Kingston, ON