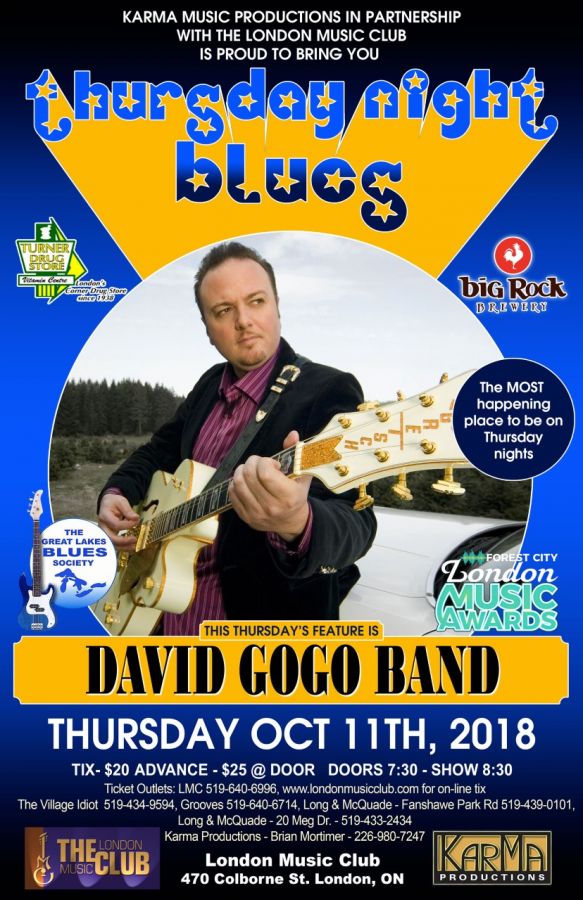 DAVID GOGO BAND"Gogo distinguishes himself as not only a fiery guitarist, but also as a world-class slide player.....he is as soulful a singer as he is guitarist."  Art Tipaldi - Senior Writer Blues Revue/BluesWax

Award Winning Blues Guitarist Adds Heart, Soul & Grit to the International Blues Scene!
David Gogo's groove-fueled blend of blues and rock is the basis for a singular and storied music career. His songs have been featured in film and television and are regularly played on blues radio programs the world over. He has earned numerous Canadian blues accolades, including five JUNO nominations, a Western Canadian Music Award, a CBC Saturday Night Blues Award, and multiple Maple Blues Awards.