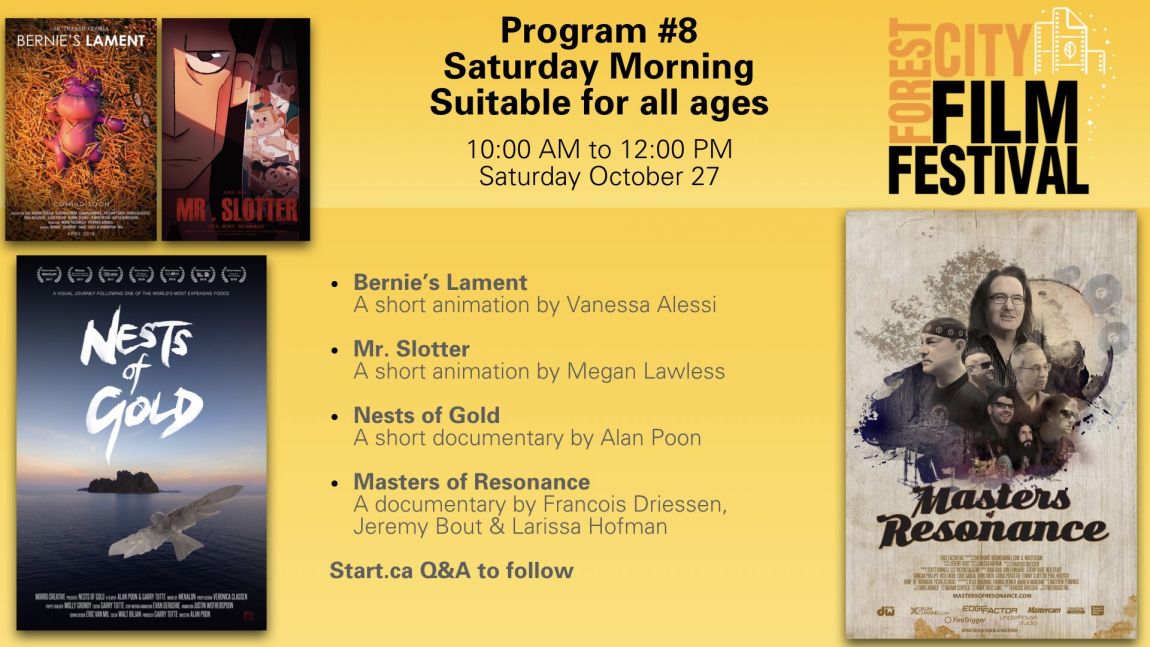 A comedy about a lonely dragon boy attempting to make friends at school.

A neighbourhood hit-man is faced with his oddest job yet: to eliminate a class of preschoolers.

A visual journey of one of the most expensive foods in the world and the dangers young men in the Philippines go to for bird’s nest soup.

The fascinating story behind the craft of drum making and perhaps the most epic drum kit of all time, the R40 played by Neil Peart on Rush’s final tour. Unravel the history, science, and magic of a 1,500-year-old Romanian Bog Oak.