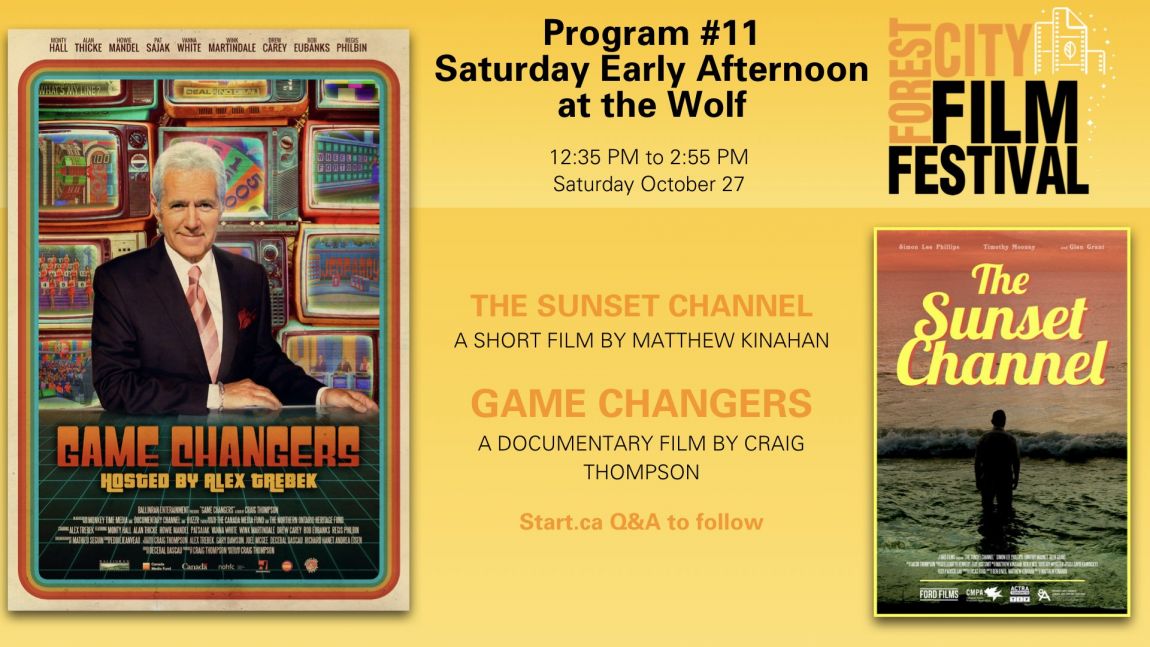 A man watches the television channel for relaxation, but what he sees is shocking.

SWO Connection: The filmmakers are from London; filmed in SWO.

As Jeopardy marks its 50th anniversary, including 30 years with Alex Trebek at the podium, Game Changers is a timely look at the phenomenon of game shows, the iconic hosts and personalities, the contestants, the triumphs and controversies that have shaped the evolution of this important part of our culture.