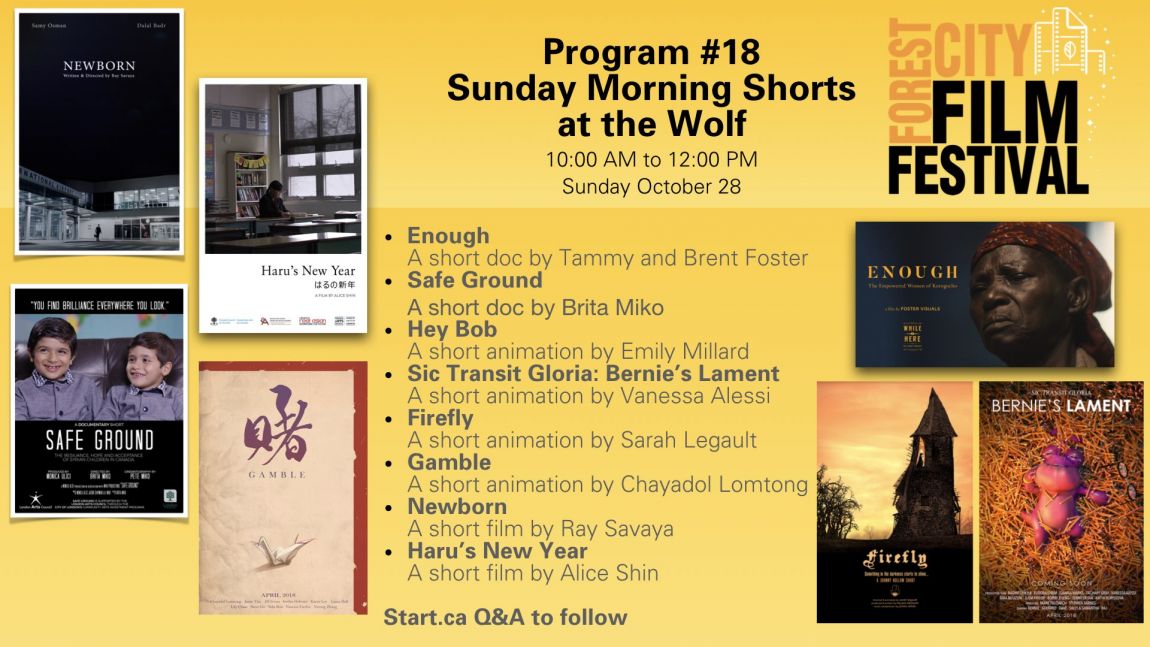 A powerful film about elderly women in an African community fighting back against their abusers.

A touching portrait of refugees from Syria settling in London and coming together as a community.

SWO Connection - The film was shot in London, and its subjects reside in London.

A struggling animation student asks her enthusiastic brother for a thesis film idea.

A comedy about a lonely dragon boy attempting to make friends at school.

Exploring themes of isolation with the unsoundness of mind within the context of a fairytale.

A father’s addiction to gambling on Pachinko machines leads to the neglect of his young daughter.

The naming of a newborn reveals challenges in crossing borders in our modern world.

A young man discovers a way to connect with his father.

SWO Connection - Pitched at the 2017 Forest City Film Festival. Some production staff is from London.