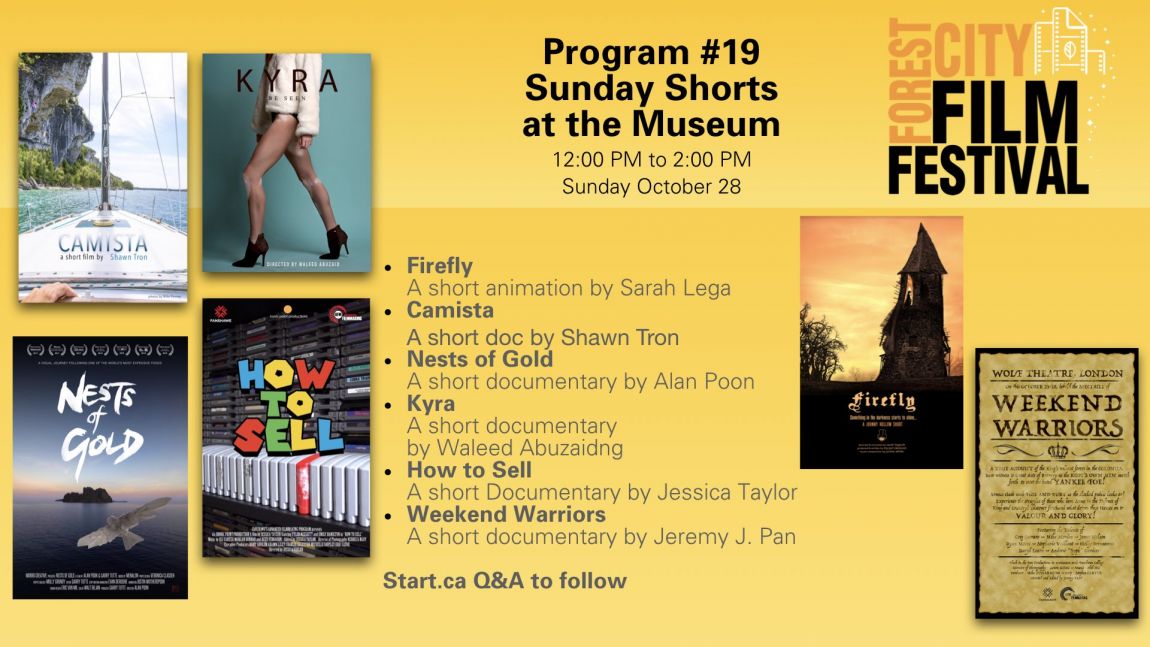 Exploring themes of isolation with the unsoundness of mind within the context of a fairytale.

Cliff climbers set off in an old leaky boat in their quest for challenging climbs, and they are far from sailors.

SWO Connection - The film is shot in Lion’s Head.

A visual journey of one of the most expensive foods in the world and the dangers young men in the Philippines go to for bird’s nest soup.

A vitiligo model inspires people not to be afraid of their own appearance.

How To Sell (Short Documentary - 11 min)

A study in unusual entrepreneurship, a young man resells old games and technology at a handsome profit.

SWO Connection - The subject of the film is a London resident and the filmmaker attended Fanshawe Advanced Filmmaking.

A behind the scenes look at the fascinating world of War of 1812 re-enactors.

SWO Connection - The film is shot in Southwestern Ontario.