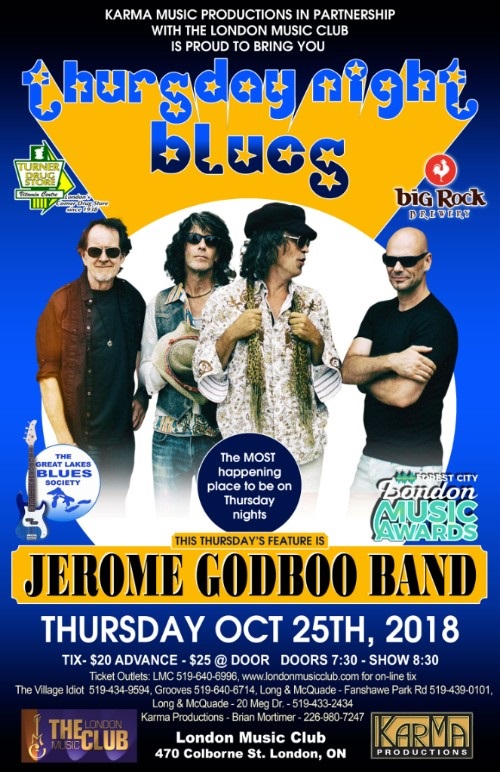 JEROME GODBOO Band Winner of Lee Oskar Best Harmonica Player Award at the International Blues Challenge in Memphis 2014.
Toronto's original alt.blues traveller. Jerome has been a full-time musician since 1986, when he won an Ottawa Bluesfest contest that helped launched his career and triggered a move to Toronto. An accomplished and exceptional bluesman, his bending harp skills have been sought by everyone from Ronnie Hawkins to the late Jeff Healey and he continues to mesmerize all who witness him onstage.