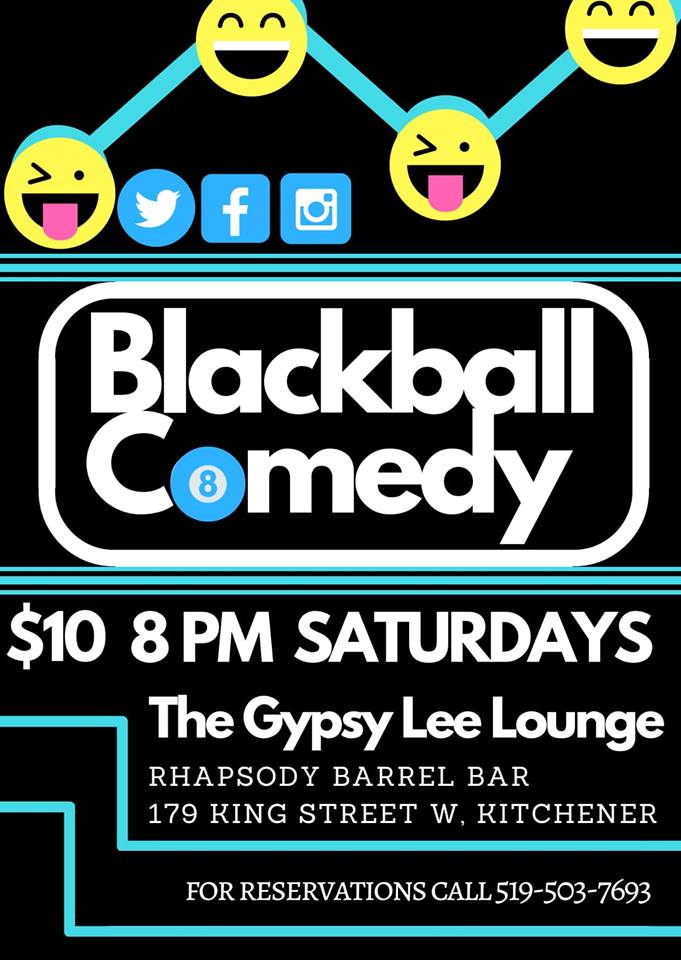 Blackball Comedy brings the best in Stand-up Comedy to the Kitchener -Waterloo Region. With headliners as seen on Just for Laughs, Comedy Network, Yuk Yuks & CBC. Every Tuesday at 830! FREE SHOW! #blackballcomedy @blblcomedy As of November 3rd 2018 we will be doing a show every Saturday at 8pm 1o dollars limited seating!

Originally from Ottawa, Dom has taken the Canadian comedy scene by storm. With his quick wit and unconventional charm, he delights audiences and collects fans whenever he performs.

Dom’s memorable approach has landed him in the finals of both the Just For Laughs Homegrown Competition and the SiriusXM Canada’s Next Top Comic competition. Recently Dom reached the Semi-Finals of the San Francisco International Comedy Competition, and Runner Up for Toronto's Best Male Stand Up.

Dom has also branched out into the comedy world and has written for The Debaters, is featured regularly on SiriusXM Radio, and has been a panelist on the George Stroumboulopoulos Tonight show.