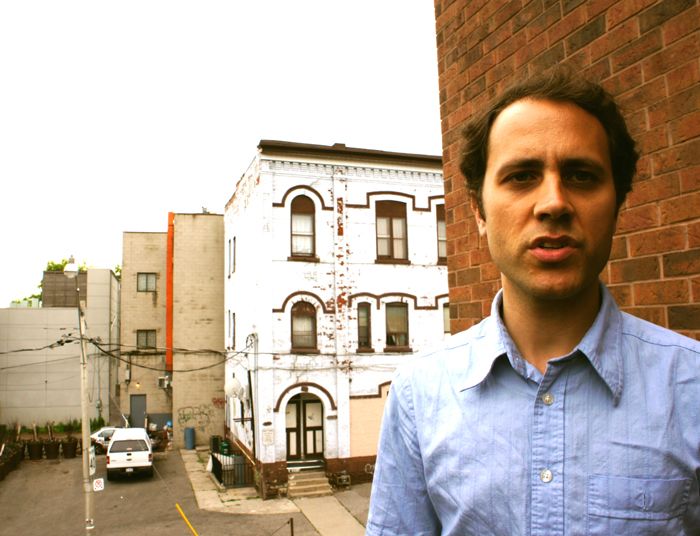 SANDRO PERRI
http://www.sandroperri.com/
Sandro Perri is a musician and producer based in Toronto. He has released a dozen records under several aliases and worked on over a hundred others in various creative and technical roles. His records have been long listed for the Polaris Prize twice and he was nominated for the Canadian SOCAN songwriting award in 2008.

His new solo release, In Another Life, is an experiment in ‘infinite’ songwriting. The title track – a pop mantra for sequenced synth, piano, guitar and voice – suspends itself for nearly 25 minutes, progressing sideways rather than forward. On the flip side, “Everybody’s Paris” is a song-cycle designed to accept any lyrical variation fed into it: a fill-in-the-blanks questionnaire in the form of a song. The record features Perri’s original ‘template’ version plus two mutations by Andre Ethier (The Deadly Snakes) and Dan Bejar (Destroyer) respectively. Released in 2018 on Constellation Records, Pitchfork called the record “visionary in both content and form.”

This series is generously supported by Jazz Goes to College, the Trent University Music Society, and the Publican House Brewery.