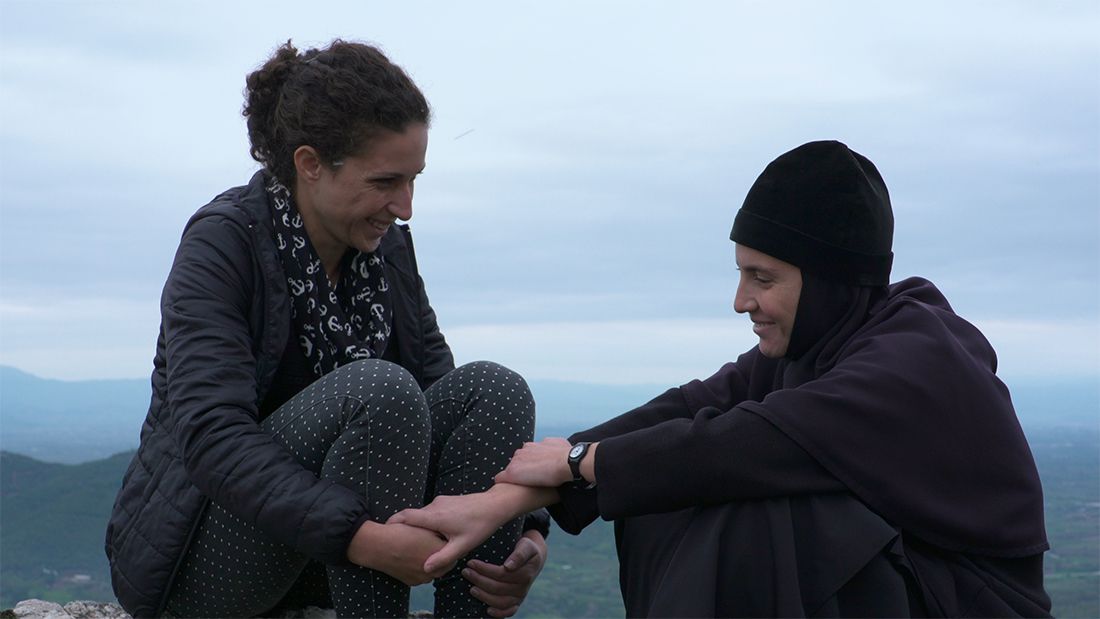 In the latest by Danae Elon, the Montreal-based director of such award-winning docs as P.S. JERUSALEM, two sisters try to bridge what may have become an impossible gulf between them. Increasingly worried about the state of the sister she’s barely seen in decades, Marina travels from her home in Israel to the convent in Greece where Tatiana has resided ever since she decided to devote herself to God and, more troublingly, the enigmatic elder who runs her order. But as viewers learn more about the family dynamics and history that sparked Tatiana’s decision long ago, it becomes ever harder to decide who’s in the right. The winner of several international prizes as well as a special jury mention at the Vancouver festival, Elon’s film is a rare work of subtlety and sensitivity that captures the many complexities of family and faith.

Danae Elon is a documentary filmmaker and producer. Since graduating from NYU in 1995 with excellence in cinematography she received numerous awards for her work, including a Guggenheim fellowship in film in 2009. Her films include NEVER AGAIN FOREVER in 1995, Winner of a Golden Spire Award San Francisco FF and a national Kodak Award, CUT completed in 2000, received Best Cinematography Award from The Jerusalem Film Festival, was screened at IDFA, Leipzig Doc Film Festival and other film festivals, ANOTHER ROAD HOME in 2003, won two awards at Tursak film festival in Istanbul and Jewish Motifs in Poland. PARTLY PRIVATE released in 2007, won best NY film at Tribeca film festival and best representation of Jewish Israeli culture at Jewish Motifs film festival in Poland and was broadcast on ARTE, Vision TV, Canal Vie and Channel 8. P.S. JERUSALEM in 2016 premiered at Toronto International Film Festival, Docs NYC, Berlin film festival, Melbourne, RIDM, London Human Rights, Zurich and  Geneva Human Rights, Festival Giffoni, Visioni Fuori Raccordo and many more. THE PATRIARCH’S ROOM released in 2017 won Best Documentary film at the Toronto JFF and Los Angeles Greek Film festival as well as Best Research at Doc Aviv 2016, it was broadcast on Channel 1 in Israel. In addition to her documentary films, Danae is a documentary cinematographer and producer and has taught and lectured documentary film and cinematography both in Israel and the United States. In 2013 she moved with her family to Montreal where she currently lives and works.