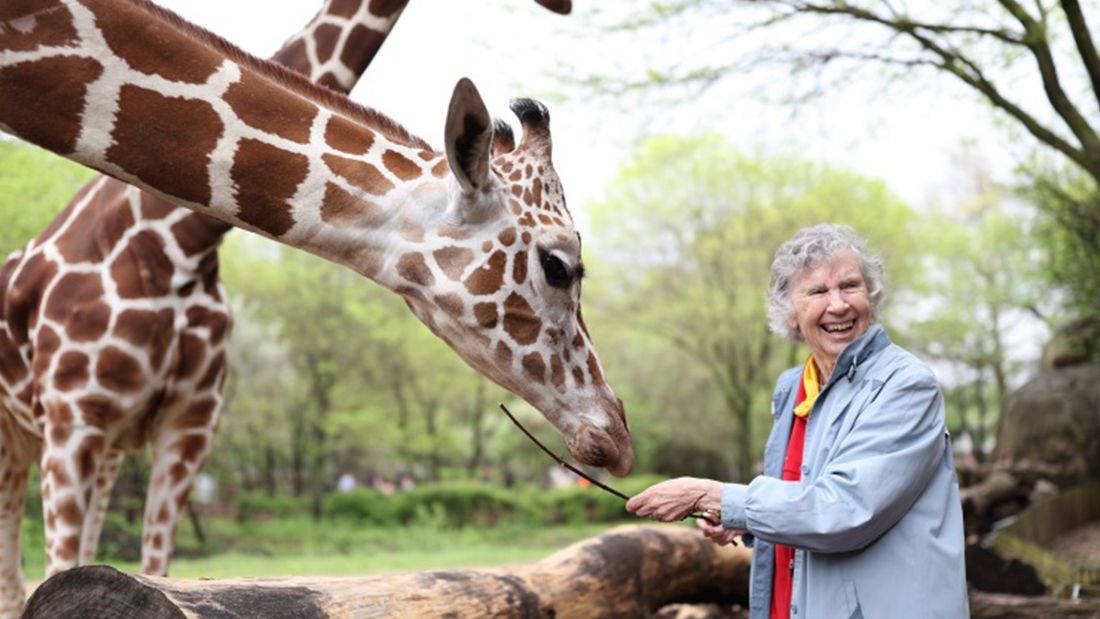 The Woman Who Loves Giraffes

Featuring: The Woman Who Loves Giraffes

KCFF is proud to open this year’s edition with an introduction to an extraordinary woman whose name ought to be far more familiar to people other than the zoologists and conservationists who’ve long cherished her invaluable contributions to our understanding of an especially famous member of the animal kingdom. In the 1950s, a giraffe-obsessed young Canadian named Anne Innis Dagg bucked the societal conventions of her times by traveling to Africa and becoming the first person to conduct a study of African wildlife in its natural habitat. Though her discoveries helped galvanize efforts to protect the species, Dagg herself was hardly invulnerable to the effects of the chauvinism that prevailed in academia. Combining a recreation of Dagg’s original journey with a vivid portrait of its subject in the present, Alison Reid’s documentary shines the spotlight on a woman who was just as intrepid in her pioneering work as a scientist as she was as a fighter for women’s rights and a defender of the impossibly long-necked creature that she’s loved since childhood.

The Woman Who Loves Giraffes