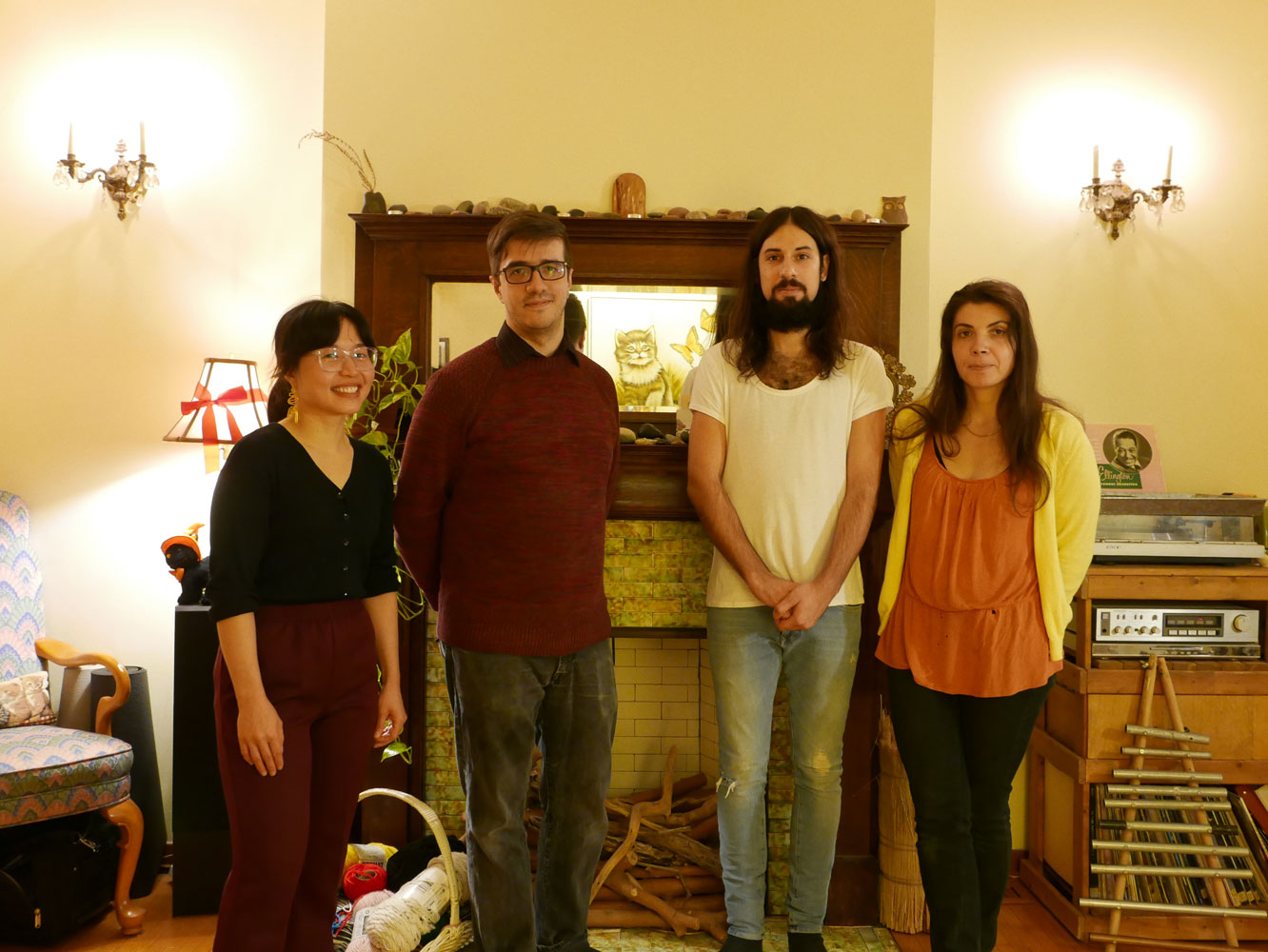 FRESH SNOW (http://freshsnowmusic.com/)
Toronto kraut quartet adventures in the round. Undying synth lines and guitar fuzz merge into one vibrating beast driven by a drum beat locked into the warbling distortion. More space music for the 22nd century. Constantly moving forward building the humming, buzzing, clattering structure that is Fresh Snow. Rough guitar notes cut through pulsating fuzz to converse with formless electronics. Hard psych noodling becomes a back drop for groove repetition. Hints of jangle pop dig themselves out of a squealing wall of sound. Don't miss this space kraut unit about to alter life as know it.

COLIN FISHER (https://colinfisher.bandcamp.com)
Toronto multi-instrumentalist / improvisor Colin Fisher plays from his solo ambient guitar record "V Le Pape" out now on Geej Recordings. Fisher has been a pillar of Toronto's avant-garde music world for well over a decade. His work in Not The Wind, Not The Flag, Fake Humans, with Caribou, and in a plethora of other ensembles sees him move seamlessly through genres, moods & instruments. His latest work finds him playing with processed guitar, building fluid sonic worlds where notes ripple off each other. Methodical pieces of slow motion guitar vignettes stretch the frabric of Fisher's normally ecstatic work. Moments of New Age majesty flourish and then step aside as Fisher dives into his classic cosmic psych shredder territory, though pulling back the speed to accommodate V Le Pape's more paced trajectory. Never a dull moment with one of Toronto's (the world's?) unsung musical mavericks.