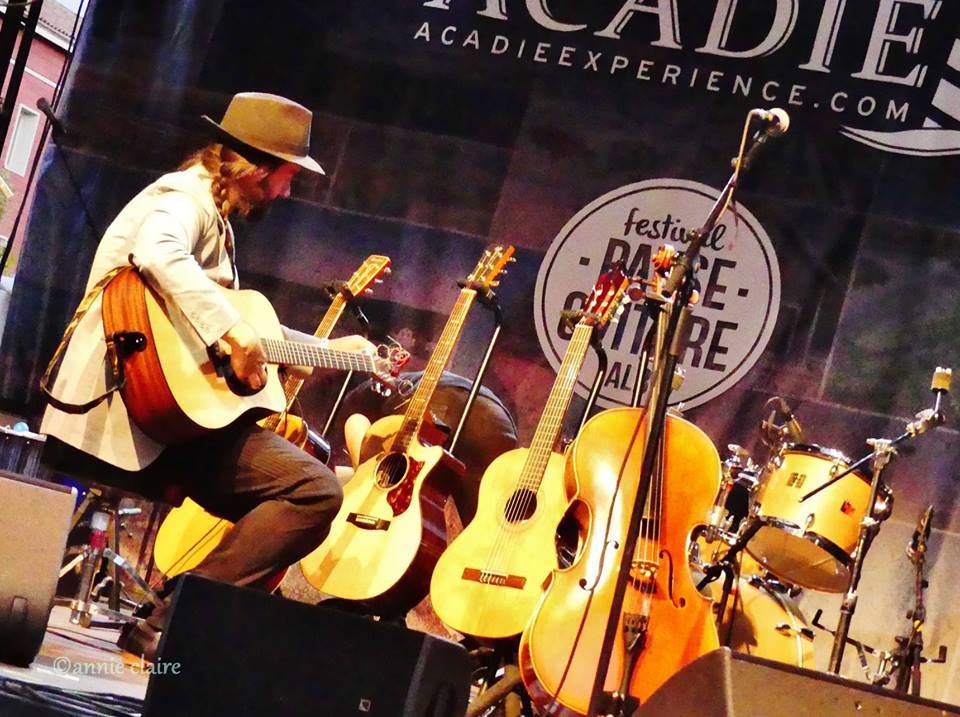 Shaun Ferguson is part of the new generation of guitarists and composers to watch. It was in 1992 that Shaun discovered the guitar, and his musical experiences over the next ten years led him to develop his vision of a personal project revolving around his compositions. Since 2001, Shaun has been refining his musical signature and identity, as well as increasing his associations and performances. In 2011, he presents the fruit of his work to the public by signing a first album entirely made of original material.

The album Ascensions, his first album in his career, represents a journey leading to a return to the roots. Several types of ascents intersect on this album: on the one hand, we experience a form of elevation that settles from one composition to another, then each piece contains in itself an ascent. For example, Zenith's musical progression towards his climax - his own zenith - contains an ascent in itself. The Ascension piece transports the listener by its flights ... Other types of ascents are more personal, deeper; everyone is invited to discover them - to feel the invisible ... The choice of selected titles encourages attentive listening and emphasizes the subtleties and nuances of music. For Shaun, the word ascension is synonymous with elevation, progression, evolution.

Shaun's growing interest in fingerstyle is very apparent on his first record; the expressive possibilities that this new direction gives him inspire and nourish his compositions. He also combines a set of techniques that allow him to trigger notes of the left hand on the instrument's neck. By adding these two poles, Shaun enriches his musical language and expands the potentials of the acoustic guitar. Always looking for new colors, he does not hesitate to experiment with different ways to tune his guitars. Smile in the corner, Shaun points out that at the intersection of the vertical (harmonic) and horizontal (melodic) approaches lies her "diagonal" approach ...

Like many other artists, Shaun Ferguson is an autodidact. It is by relying on his intuition that he has learned to play and compose, to exploit sounds that vibrate in harmony with his musical ideas. Through his associations with other artists, he has also gleaned many knowledge that he transfers from the guitar to cello, bass, various string instruments or percussion. Shaun is very interested in all forms of art, and has taken part in several joint projects combining poetry, visual arts or dance and music.

Since 2004, some of Shaun's compositions have traveled around the world through the Montreal-based company Intermède Média. To date, we have heard excerpts from his accompanying documentary and television broadcasts in Canada, the United Kingdom, Denmark, Australia, Spain, South Korea, the United States ... Shaun is the first composer New Brunswick to be hired by Intermède Media since its founding