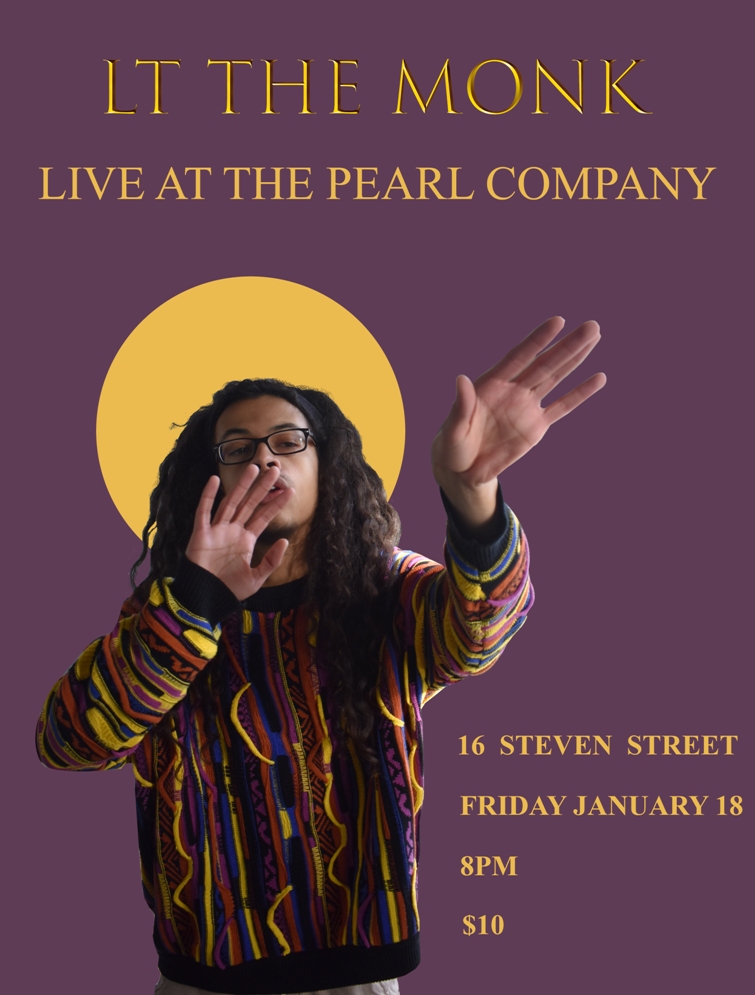 LTtheMonk: Doors: 7:30pm. Show: 8:00. Tickets: $10. LTtheMonk is a hip-hop artist originally from London, England, currently residing and performing in around the Toronto and Hamilton areas. LT describes himself as London made, East-Coast trained to pay homage to his home city, as well as the New York MCs who were his inspiration to start rapping at a young age. You can stream his latest singles on Spotify, Apple Music, TIDAL and all digital music platforms now.

LTtheMonk fell in love with hip-hop when he was 8 years old. His love for the culture and genre grew and at age 16, he began to take the verses he had spent years finessing, turning them into songs. He released his first EP at age 17, ‘The Crescendo’, followed by the mixtapes ‘The Whole Nine’ and ‘Jungle Fever’, and at age 20, he released his 1st commercial album ‘Monk in London’, an ode to his home city and now his latest album ‘The Dark Side Of The Monk’. https://ltthemonk.com