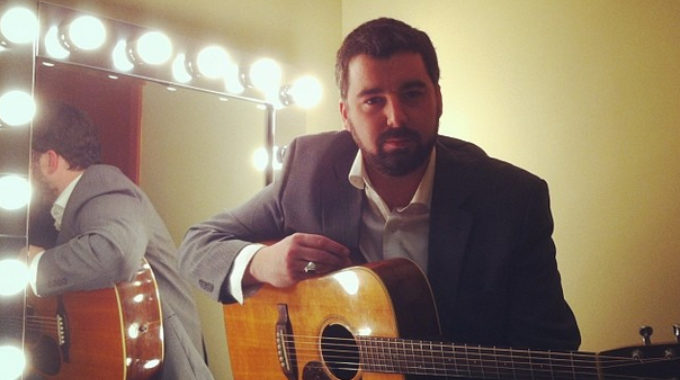 Alan Jeffries spent the summers of his youth playing at bluegrass festivals around the Maritimes with his father. In 2005, Alan was named the Atlantic Canada Bluegrass and Oldtime Music Association’s Bluegrass Guitar Player of the Year. He has since ventured into many different styles of music and in recent years has toured with renowned acts including David Myles.

Alan is well-known to audiences worldwide but recently returned to his roots to launch his solo career and debut album, Coffee ‘til Midnight.

Coffee ‘til Midnight’s ten tracks walk a fine line between traditional and progressive bluegrass sounds. This is not the romantic pursuit of an urban folkie, it is the product of someone who has grown up on the sounds and traditions of country, old-time, and bluegrass music his entire life. Joining Alan on this album are some of the finest bluegrass musicians that Canada has to offer. The manner in which Jeffries and company play off each other and deliver their music is an energetic and satisfying experience. Coffee ‘til Midnight is an album with a timeless sound for an ageless crowd.

Alan Jeffries was raised on bluegrass. The Nova Scotia based artist is well-known to music fans from his childhood days preforming on bluegrass stages around the Maritimes and more recently from his years of touring with renowned acts including David Myles, Petunia and more.

Hailed as a "fleet fingered guitar phenom", Jeffries' now tours with some of the best bluegrass players in the Maritimes to preform shows filled with fast-picking solos, heartbreaking harmonies and a level of musicianship that you won't soon forget.